The U.K. enjoyed the most successful release of Garbage Pail Kids out of all the various foreign releases, totaling over 10 different releases. 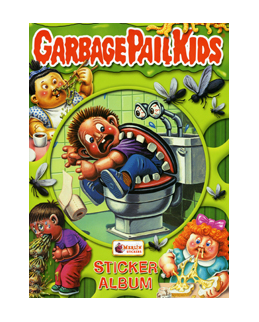 The Original Series release consisted of Series 1-6. These cards were nearly identical to the United States release with two major differences: the UK cards were smaller than the US stickers, and the 'PEEL HERE' arrow on the UK releases points towards the corner (because they are not die-cut).

In the early nineties, Topps UK came out with two additional series under the 'Garbage Gang' title, and in 2004 the U.K. released their own version of the 'All-New Series' Garbage Pail Kids as well, called Garbage Pail Kids

As is typical with the foreign releases of Garbage Pail Kids, the United Kingdom released an album to accompany their All-New Series sticker releases. These albums feature numerous pages that are for the collector to peel and stick their Garbage Pail Kids stickers. They also feature advertisements and information for other products.

Below you will find images and information on all of the United Kingdom Garbage Pail Kids releases, including a helpful timeline that details exactly 'when' each release occurred. 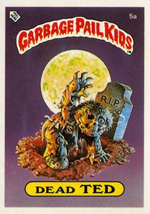 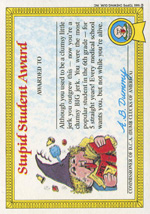 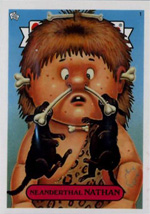 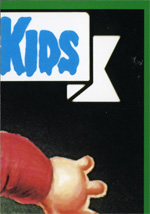 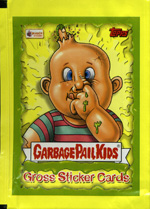 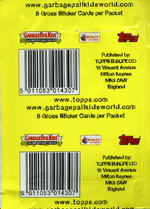 All New Series (back) 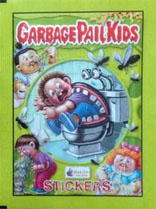 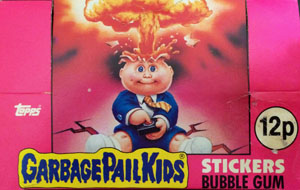 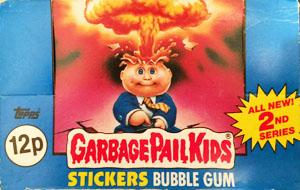 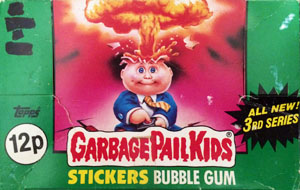 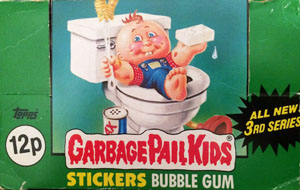 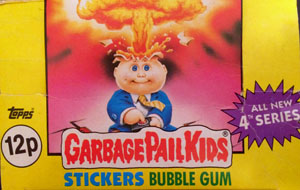 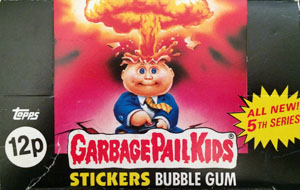 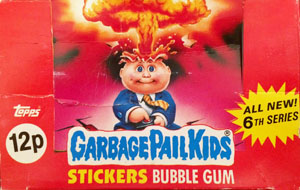 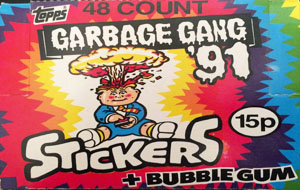 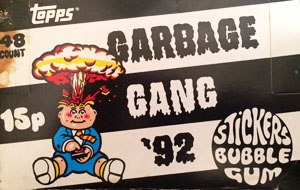 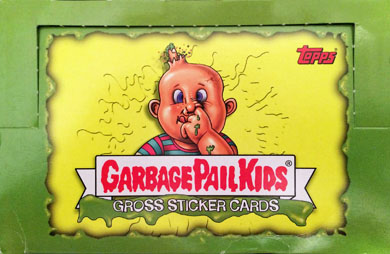 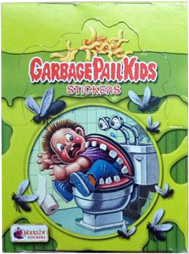 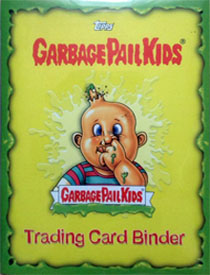 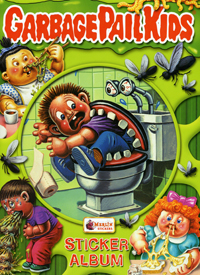 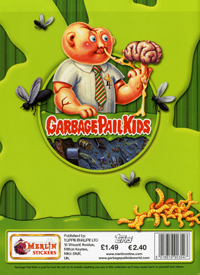 Similar to the All-New Series release in the United States, the United Kingdom released a large piece of gum wrapped in a 'sticker/wrapper'. There were a total of 30 different Gum Wrappers in a complete set.

Sale Sheets were a common way to advertise GPK releases in the United States, and apparently this method was also used in England as well because friend-of-GEEPEEKAY Henry was kind enough to share his copy of the sale sheet for the UK Gum release: 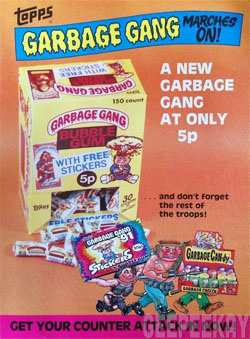 Below are a few examples of the gum wrappers from the UK release.

The United Kingdom has by far experienced the most extensive foreign Garbage Pail Kids release of any country. Below is a timeline that provides a glimpse at not only when a particular series was released, but also how many stickers were included as part of that release.