Canada released a series of Garbage Pail Kids under the familiar GARBAGE PAIL KIDS banner. This set is extremely similar to the United States release, with just a couple small changes 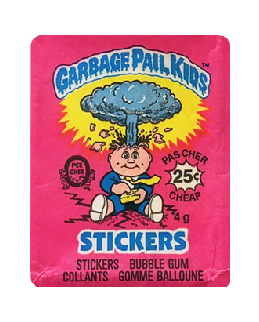 Produced by the O-Pee-Chee company, the Canada Series 1 release includes French text on the box and wrappers, but the writing on the sticker cards is identical to the US version. Unlike many other foreign releases, the Canadian cards are the standard 2.5" x 3.5" in size.

In addition to the Series 1 sticker-card release, there were a number of Imperial Toy items featuring French-Canadian text on them. More information on those is available here

Below you will find information on the Garbage Pail Kids release from Canada, including pictures of stickers, wrappers, and more. Many of the pictures on this site were graciously provided by GPK collector Luis Thompson (thanks!)

Below is an example of a sticker from the Canada Garbage Pail Kids releases. The fronts and backs of the cards are nearly identical to the United States Series 1 release, however the cards from Canada were often miscut, contained very rough edges, and were only printed with matte-backs

Below are examples of a wrapper from the Canada Garbage Pail Kids release. The wrapper is extremely similar to US Series 1 release, however there is French text throughout, and the O-Pee-Chee logo on the front of the wrapper. Hopefully these images help collectors better understand what they have in their collection. A total of 4 stickers and one (thin) stick of gum were included in every pack. 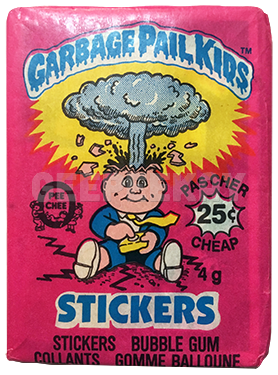 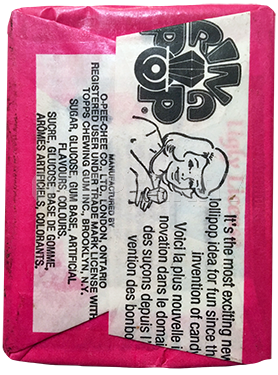 Below are examples of a box from the Canada Garbage Pail Kids release. A total of 48 packs were included in every box. 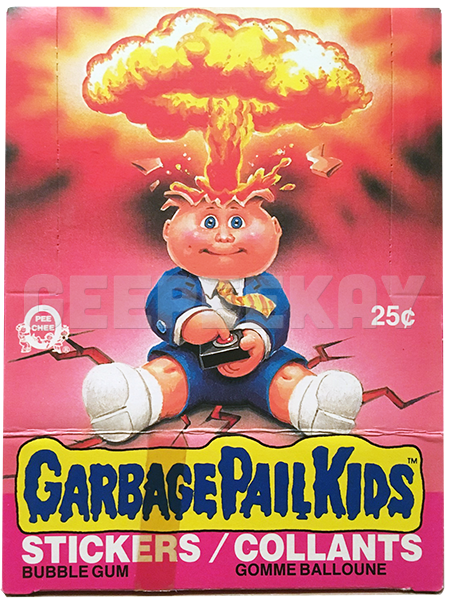 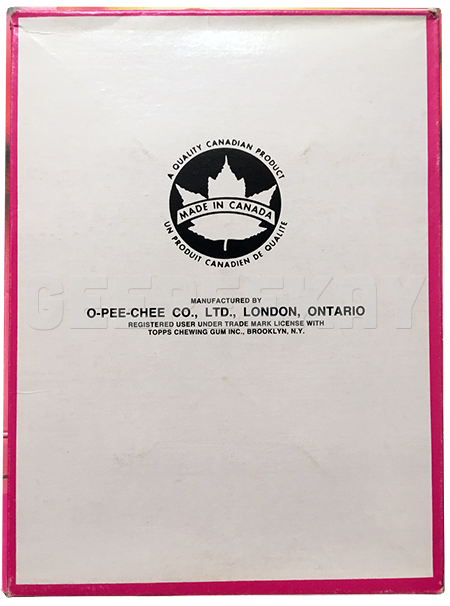 To date Canada has only released one series, so the timeline is fairly simple. Below is a glimpse at not only when the series was released, but also how many stickers were included as part of that release.