Collectors...start your engines!! In January, 2019 GREENLIGHT TOYS confirmed the rumors about a partnership with Topps, and released the first bits of news about an exclusive line of Garbage Pail Kids Diecast cars! 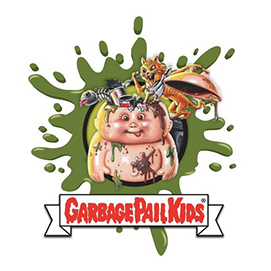 During the initial stages or product image teases and info leaks there was a lot of speculation as to whether or not the product would prove to be appealing to collectors; but Series 1 was widely-praised when it was released in August, 2019, and almost immediately followed with news of an upcoming Series 2.

To date there have been THREE releases of GPK-themed die cast cars announced/released from Greenlight.

This page provides detailed pictures and information about the Garbage Pail Kids 1:64 Diecast cars from GreenLight

GreenLight has released/announced a total of three different Series. Each Series consists of six different diecast cars, with each car coming with a collectible sticker card

GreenLight shared detailed flat artwork for Series 1 - 3 prior to their eventual release. These images are not fully-rendered final artwork, rather rough images designed to share the color patterns and overall design of the cars PLUS a peek at the Garbage Pail Kids card accompanying each car


Roughly a month after teasing the lineups with the design mockups above, GreenLight would release images showing rendered designs of the cars. These images were still labeled as 'pre-production' and 'subject to licensor's final approval', but ultimately were a solid representation of the finished product

Each Series consists of five pre-existing GPK characters and one new GreenLight exclusive character (for a total of six cars per Series). As mentioned above, each car is packaged with an exclusive sticker card.

The artwork for the new exclusive characters was completed by veteran artist Joe Simko, and the cards were identifiable by a 'GL Exclusive' stamp by the namebar. Below are images of the three exclusive sticker cards to date 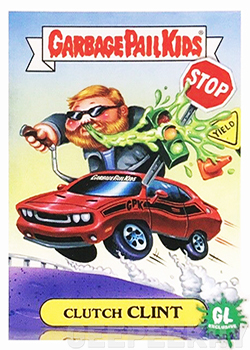 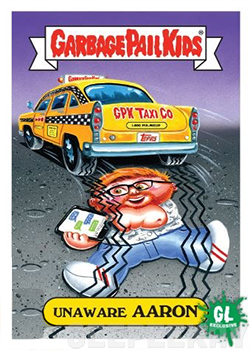 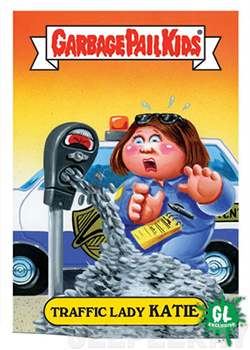 In addition to the 'base' cars released in each Series, collectors also had the opportunity to hunt down the 'Green Machine' chase cars

These vehicles, identifiable by their green wheels and green chassis, are extremely rare. GreenLight doesn't provide exact numbers on availability, but it is believed that only 2% of a production run are produced as 'Green Machines'

Each car comes in a clear-plastic package containing: (1) 'Peelable Sticker' and (1) 1:64 diecast car

Image leaks during the product design phase show that Adam Bomb was the character originally used as the 'product mascot', only to be changed to Junky Jeff/Stinky Stan (OS1 22ab) for the final packaging design 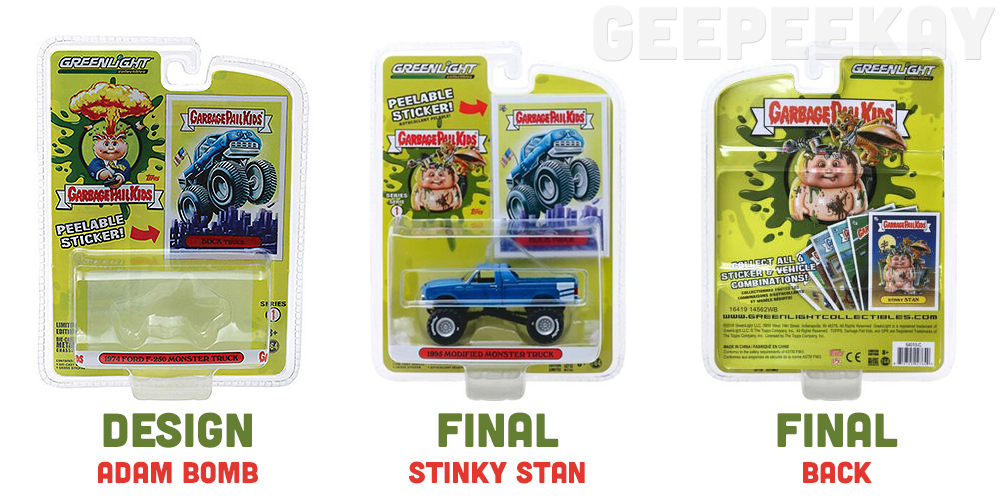