The boxes that started it all...the Wax Pack box. These boxes were used for Original Series 1 through Original Series 15, and held a total of 48 wax packs per box. Designed to sit on a countertop, the lid of the box could be lifted and propped up to create a small billboard display above the packs. However, to do this required breaking perforation in the cardboard, ruining the 'mint' condition of the box. For this reason most collectors tend to store their boxes with perforation in-tact:

When Topps brought GPK back in the 00s they ditched the wax packs for a foil packaging. These packs were offered in a number of different box styles. One of the most sought after over the years has been the Bonus/Blaster box. These boxes have been used from the All New Series all the way up to the most current release, and offer a discount to collectors. Further incentive is the included exclusives, whether it's a bonus sticker exclusive to the box, or exclusive subset stickers. One more benefit to buying these boxes is that it prevents people from searching the packs for hits (as they are sealed inside a box wrapped in cellophane). 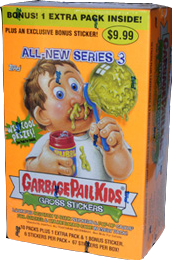 Exclusive to mass-retail outlets (like Target, etc.) the Gravity Feed box hung in the card display section and provided collectors the opportunity to purchase a single pack for a set price. There were hooks on the back of the box, and a drawer that pulled out on a hinge at the bottom. Inside were up to 48 packs depending on the size of the feed (newer feeds are more compact and contain less packs). Unfortunately this type of display has led to pack-searchers feeling the packs for hits and putting the manipulated packs back in the display. 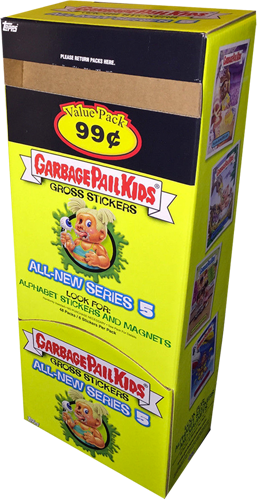 Hobby boxes are nothing new to trading cards, and Topps began creating Hobby Boxes for Garbage Pail Kids in the All New Series. These boxes were available exclusively at comic, card shops and contained unique hits that one could not get in retail packs. Typically these boxes contained 24 packs but the number of cards varied per release. 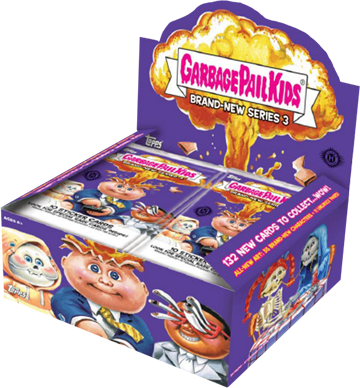 The Yearly Series debuted an entirely new box for Garbage Pail Kids fans...the Collectors Edition Hobby Box. These boxes were priced around $100 new and contained 24 packs in a new display-style (3 stacks of 8). The benefit of spending the high price was the promise of exclusive premium content. Despite the cost these have become a favorite of collectors due to the guaranteed hits. 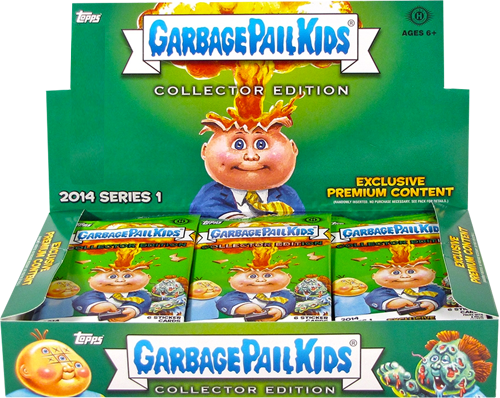 The Chrome series boxes were a nice call-back to the popular wax pack boxes of the 80s. Similar 4-pack-up display and the perforated display-lid these look great on a counter-top display. These boxes do differ from their ancestors however, containing half of the packs (24) as they did in the 80s. Topps used this format for both the Chrome Series 1 and Series 2 releases. 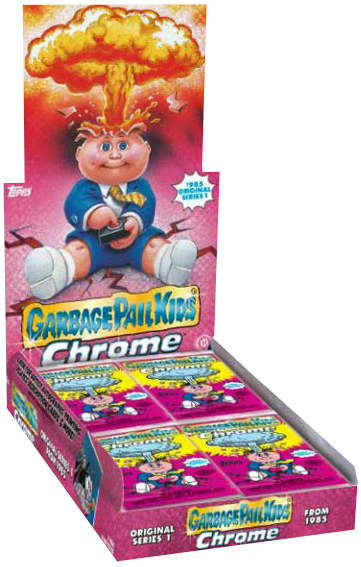 Similar to the Bonus Boxes, Topps introduced GPK Blister Packs back in the All New Series. These featured a clear plastic clamshell affixed to cardboard and contained (typically) 3 sealed packs. The benefit of purchasing packs in this format was the inclusion of bonus material. For the All New Series this was the only way to obtain certain bonus cards...and the Themed Series these Blister Packs contained exclusive cards, and were available at specific retailers (WalMart, etc). 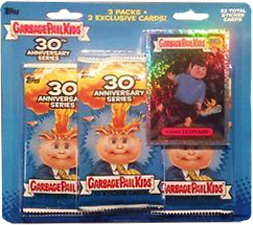