Below is a scan of the Tacky Snapper section from the 1986 Imperial Toy Catalog which includes detailed product information and item descriptions: 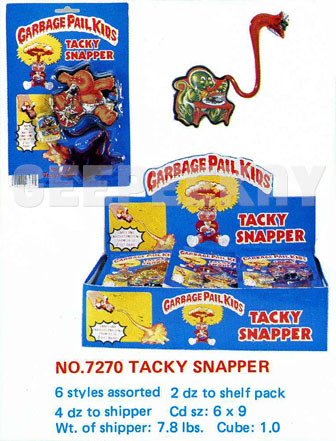 As noted above the copyright date on the Tacky Snapper reads 1986, however upon closer inspection there is a date stamped onto the actual plastic 'Snapper' itself. The stamp reads "c 1985 TOPP'S", meaning these toys were obviously manufactured before the packaging was finalized. Below is a gallery of the loose tacky snappers (without the rubber 'snapper') where you can clearly see the copyright markings: 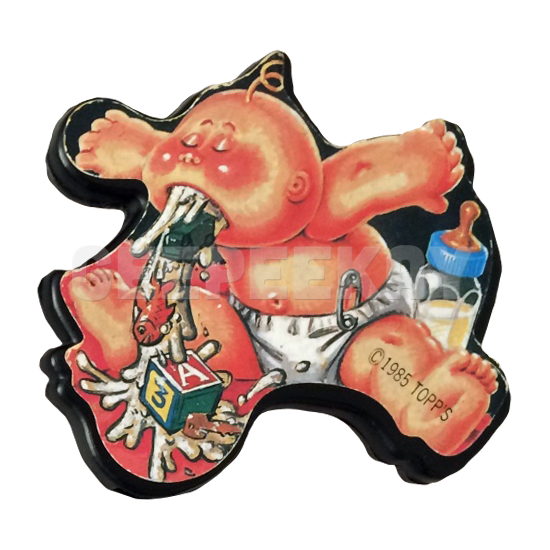 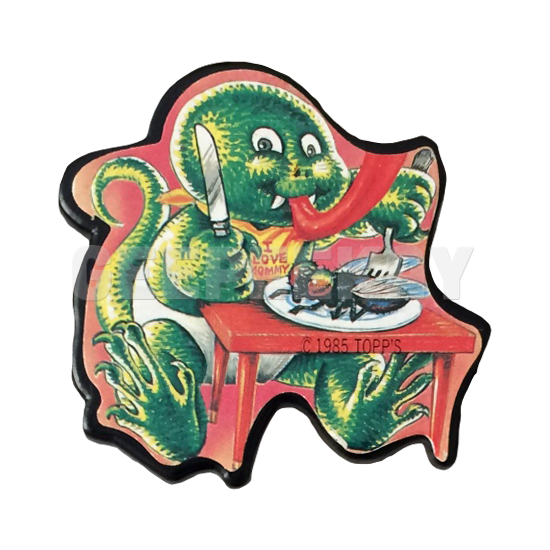 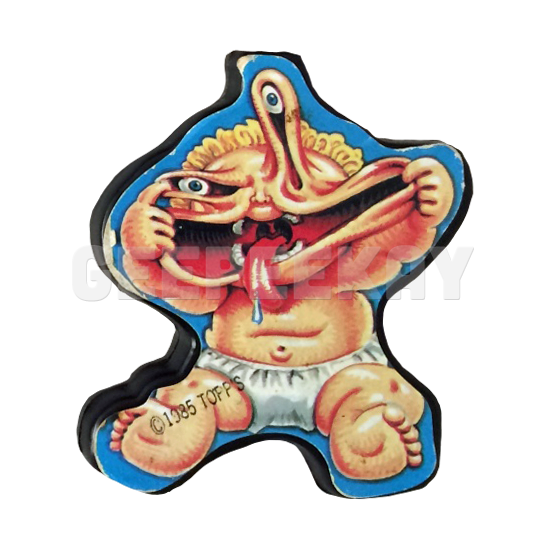 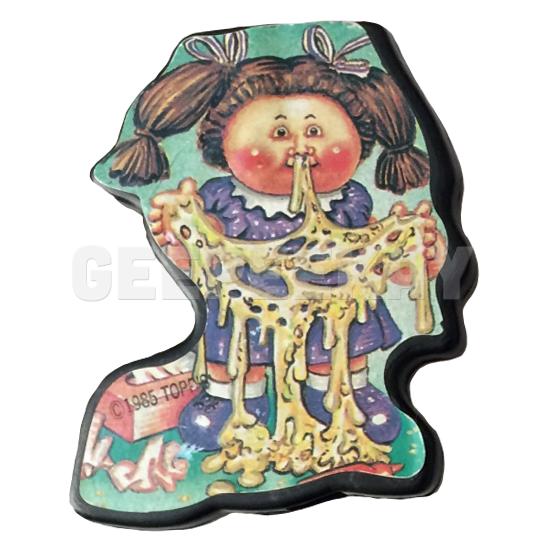 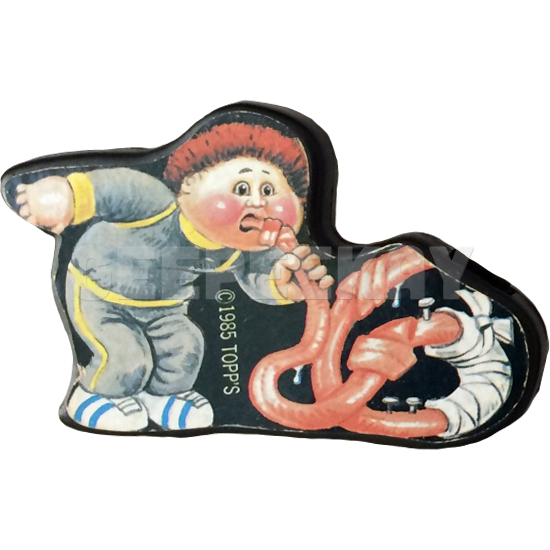 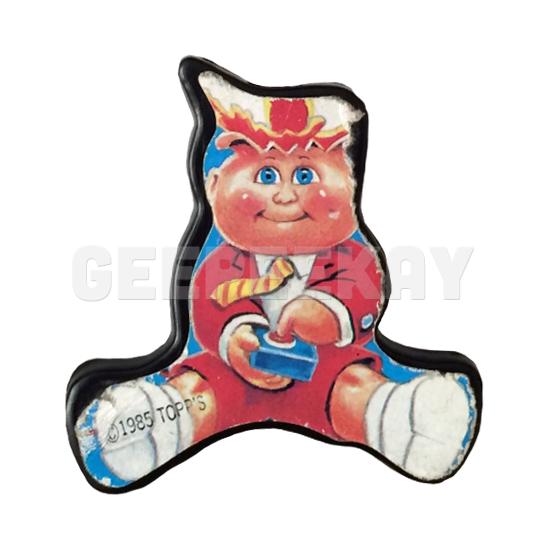 A total of six different Tacky Snappers were made by Imperial Toys. It should be noted that there are multiple combinations possible when taking into consideration the color of the 'tacky rubber' and/or the visible 'Tacky Targets'. 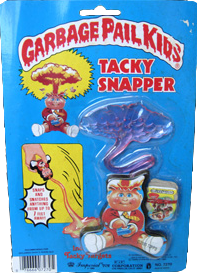 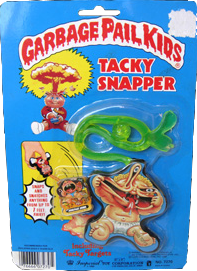 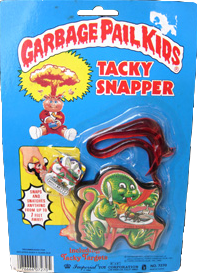 The Tacky Snappers consist of a 'Snapper' which is just a plastic character from OS1-OS3, a string of sticky, stretchy, rubber, and a set of small 'Tacky Targets' which the user was intended to 'snap' up. 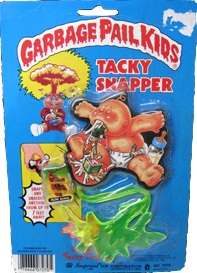 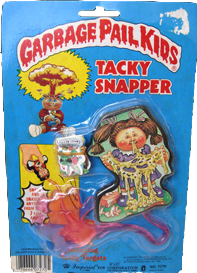 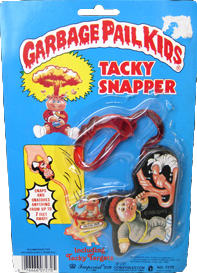 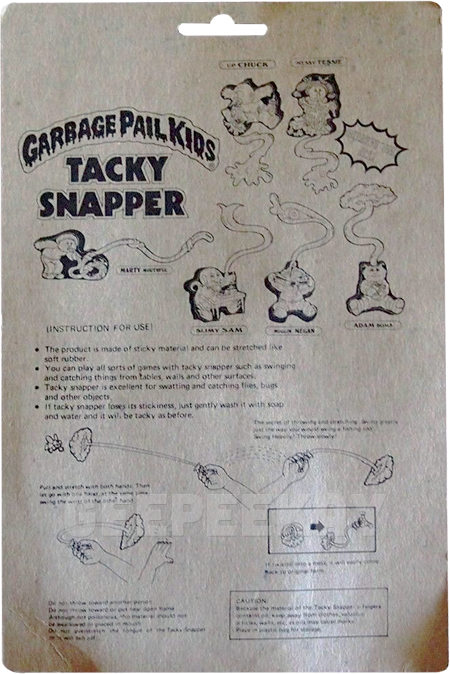 Below are images of a FULL BOX of Tacky Snappers. The full box contains 24 Snappers and is one of the largest counter displays made by Imperial Toy measuring over 18" wide, and displaying three Tacky Snappers at a time. As with most Imperial Toy displays, this is an extremely rare item and does not show up in collections very often. 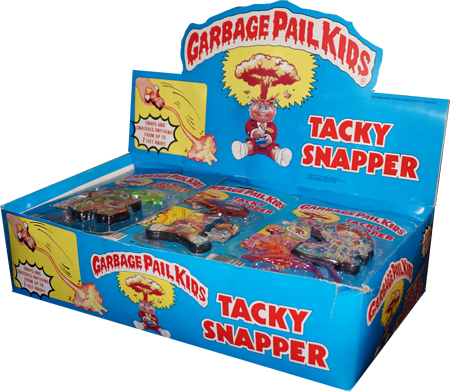 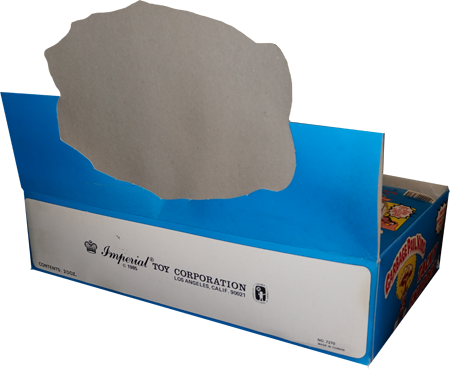