It's possible there is no other piece of Garbage Pail Kids merchandise that has flown under-the-radar more than the Pencils from Bright Ideas. These items rarely show up for sale, resulting in a large portion of the collecting-community doubting their authenticity or not even knowing they exist at all. However, these pencils are definitely legitimate and were released alongside the other Bright Ideas school-themed items.

The wood pencils came in a variety of colors and featured a number of different Garbage Pail Kids characters on the side. Themed-pencils were extremely popular in the 1980s so it only makes sense that someone took advantage of the popularity of GPK. 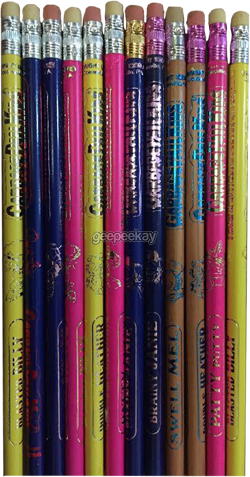