Belgium released a series of Garbage Pail Kids under the familiar GARBAGE PAIL KIDS banner. This set is extremely rare and provides a unique challenge for foreign collectors to seek out

Belgium released a set of Garbage Pail Kids Series 1 characters under the famililar Garbage Pail Kids banner. GEEPEEKAY does not really support the term 'test set' that is common among collectors, and rather feels that EVERY release is a test. If it does well, then further series will be released, so it is instead referred to as 'Series 1'. 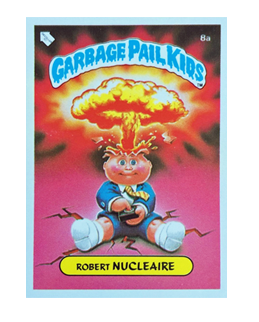 Produced by Topps Ireland Ltd, the Belgium Series 1 release includes French text on the front and backs of the cards. The cards are 'small' in size - similar to the UK Series 1 release - measuring 2.1" x 3".

And because everyone is familiar with the 'PEEL HERE' arrow on GPK stickers, it is interesting to note that the BELGIUM release features an arrow that reads "DECOLLER ICI" 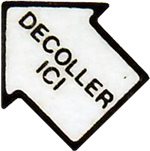 Below you will find information on the Garbage Pail Kids release from Belgium, including pictures of stickers, wrappers, and more. 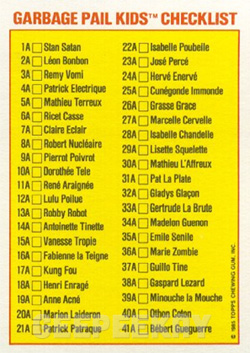 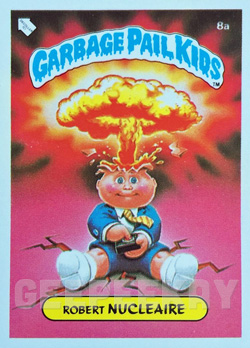 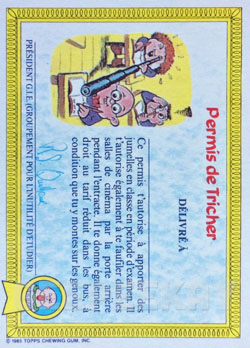 Below are examples of a wrapper from the Belgium Garbage Pail Kids release. The wrapper is extremely similar to UK Series 1 release, with the only difference being the Belgium version has a clear strip at the top and bottom of the wrapper. Hopefully these images help collectors better understand what they have in their collection. A total of 3 stickers were included in every pack. 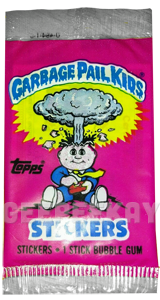 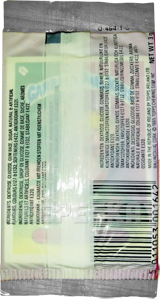 Below are examples of a box from the Belgium Garbage Pail Kids release. A total of 48 packs were included in every box. 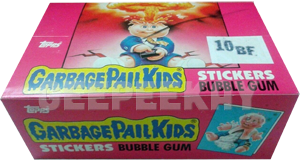 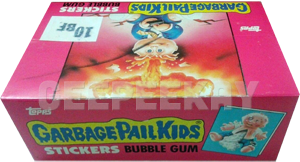 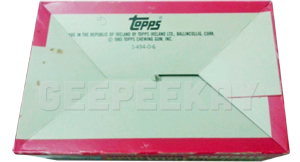 To date Belgium has only released one series, so the timeline is fairly simple. Below is a glimpse at not only when the series was released, but also how many stickers were included as part of that release.