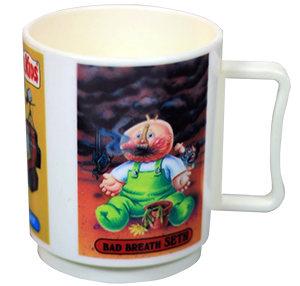 In 1986, Newark, NJ based Peter Pan Industries created a series of Garbage Pail Kids themed plastic mugs. Each mug consists of 3 Garbage Pail Kids, using images from the 1985 1st or 2nd series. Below are pictures of the four mugs that are believed to make up a complete set:

Finding 'error mugs' where the characters were printed upside down, or incorrectly is not hard to do, as Peter Pan Industries must have produced quite a few 'factory error' runs and not felt the need to destroy the errors. A common mistake is the 'Garbage Pail Kids' banner is missing from the mug (above).

The bottom of the mugs feature the Peter Pan logo, address information, and handling instructions - however, images can be found of the bottom of some mugs that mention a '2nd Series to Follow'. A second series was never produced, and these mugs are believed to be the only Garbage Pail Kids items ever produced by Peter Pan Industries. 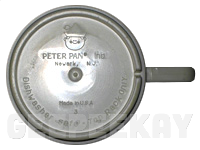 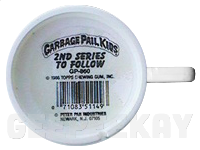 
Below is an image of a full case of GPK Mugs. They came 48 to a box, and it is believed there was no smaller box/display inside, rather just 48 loose mugs. If you look closely you can see the same '2nd Series To Follow' sticker mentioned above is on the side of the box as well! 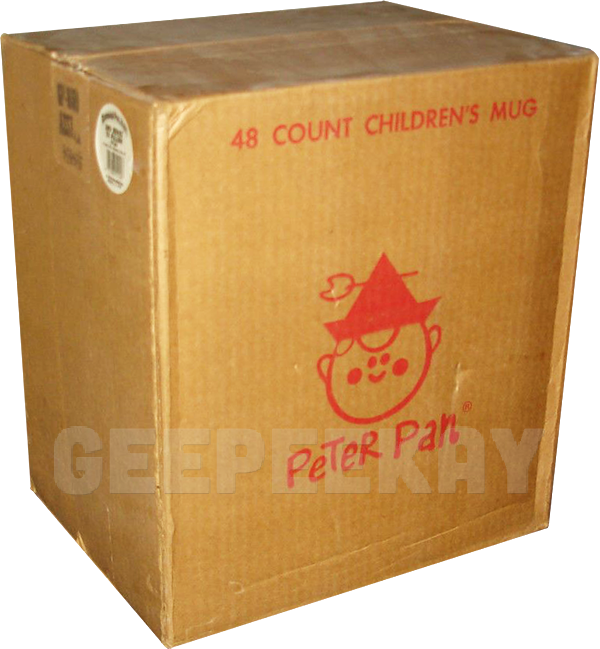