In a match made in heaven (or perhaps somewhere under ground), CREEPY CO. has taken their love of all-things-spooky and joined forces with Topps to release a handful Garbage Pail Kids products just oozing with gruesome goodness!

Being that the Creepy Co. website went through all the trouble of explaining who they are, it just makes sense to share it here:

Creepy Co. is a Chicago-based collectibles brand born out of a love for all things creepy; especially horror films, the paranormal, everything Halloween, and the general specter of creepiness that surrounds a good deal of people, places and situations (both real and imagined) in popular culture. We're not just horror: we're a plastic fang-fueled study in everything that delights those who are Creepy-leaning!

This wonderful relationship between Creepy Co. and Topps is currently in its infant-stages, and they have promised to be releasing numerous different products throughout 2017 and 2018.

By far the most popular item in the Creepy Co. / GPK collection is their fantastic collection of pins. These high-quality pins feature some of the most popular 'creepy' kiddos around, and are packaged on their own unique cardstock that mimics a traditional sticker. In September, 2017 Creepy Co. released the following five enamel pins with deluxe backing cards:

In December, 2017 they released a Limited Edition collector's edition Box Set that included the (above) five pins, but came packaged in a miniature counter-display box

Below is a gallery of the first wave of character pins from Creepy Co.: 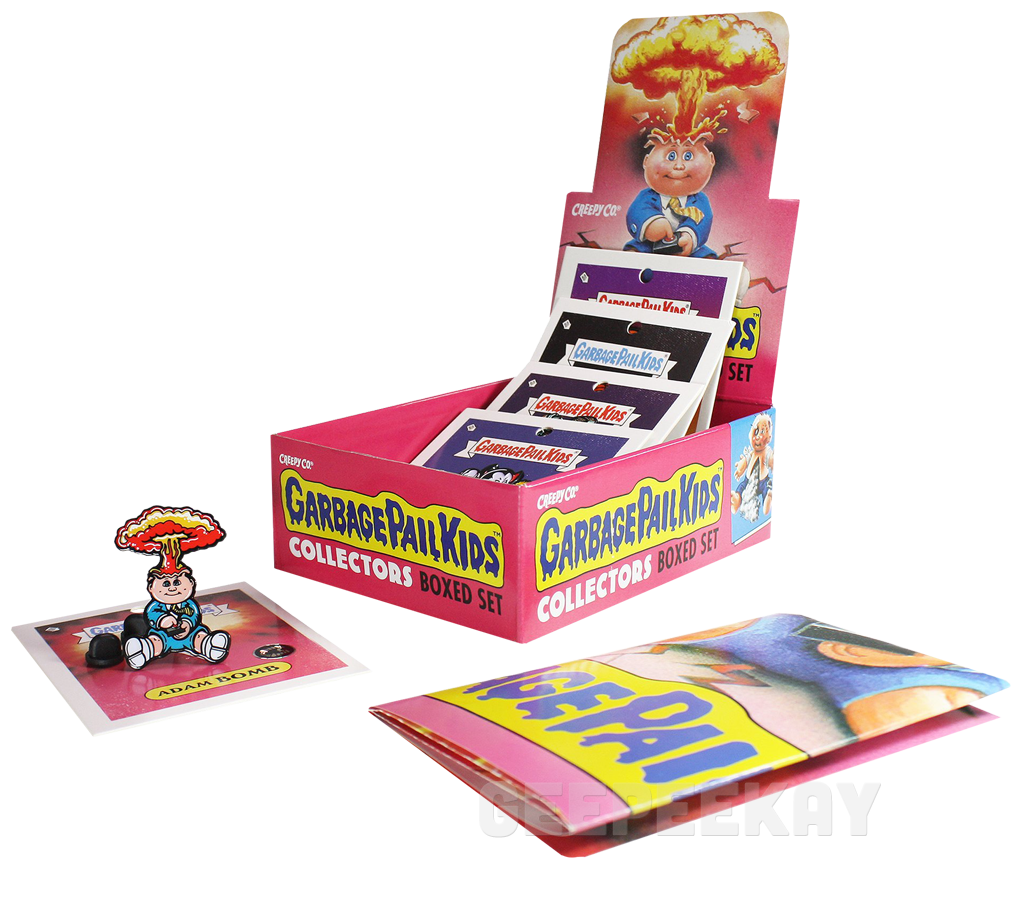 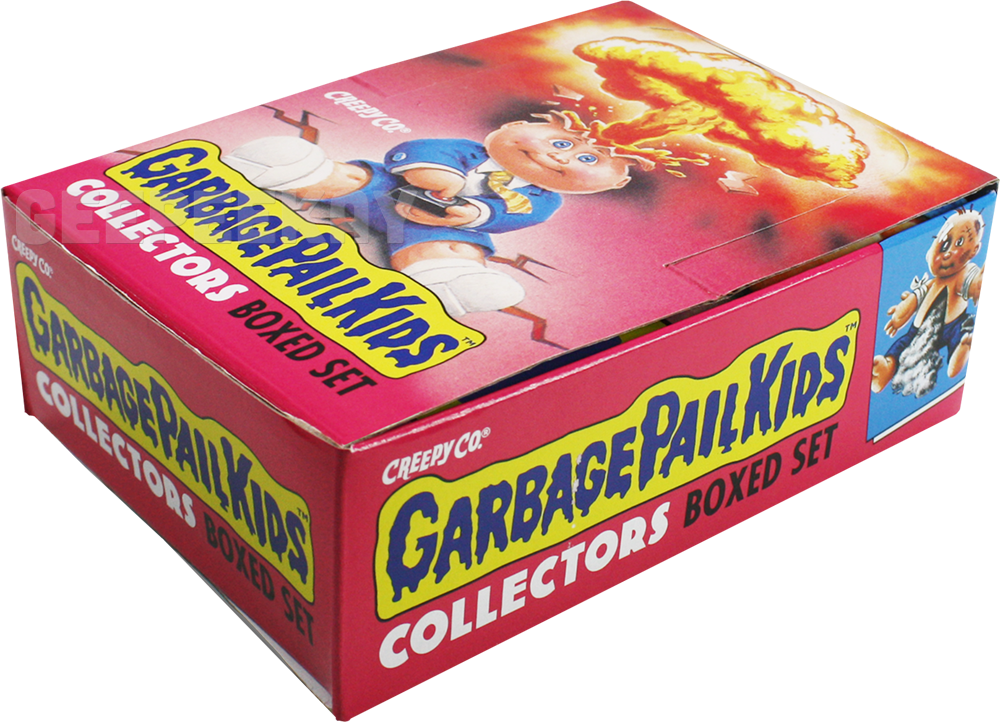 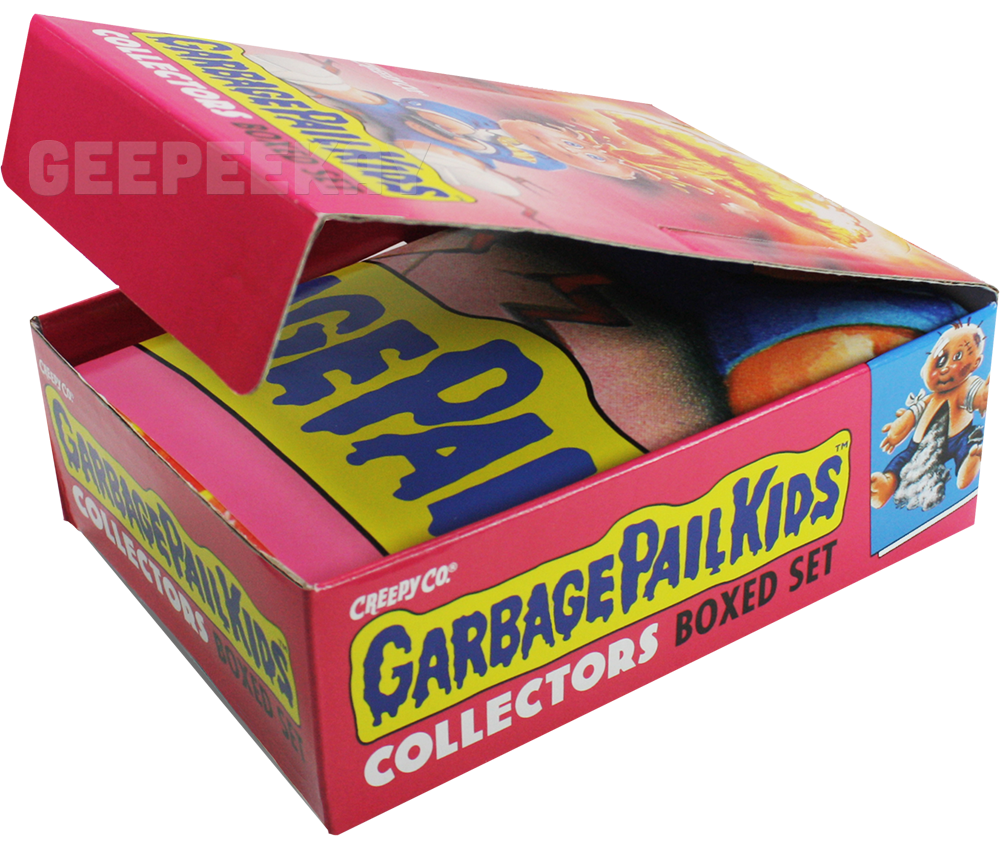 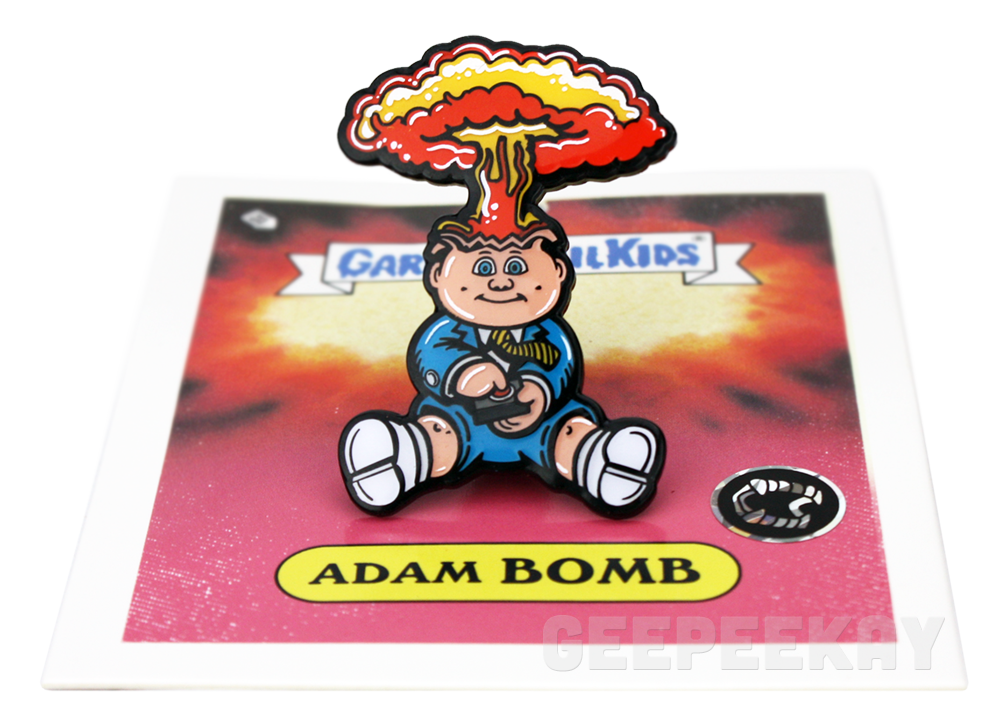 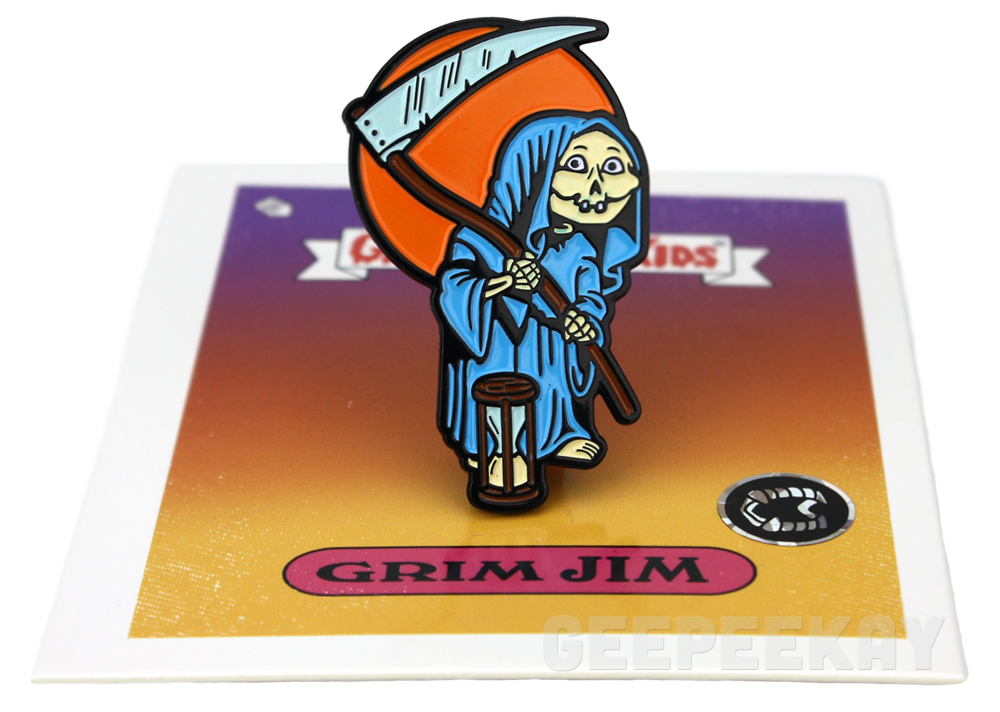 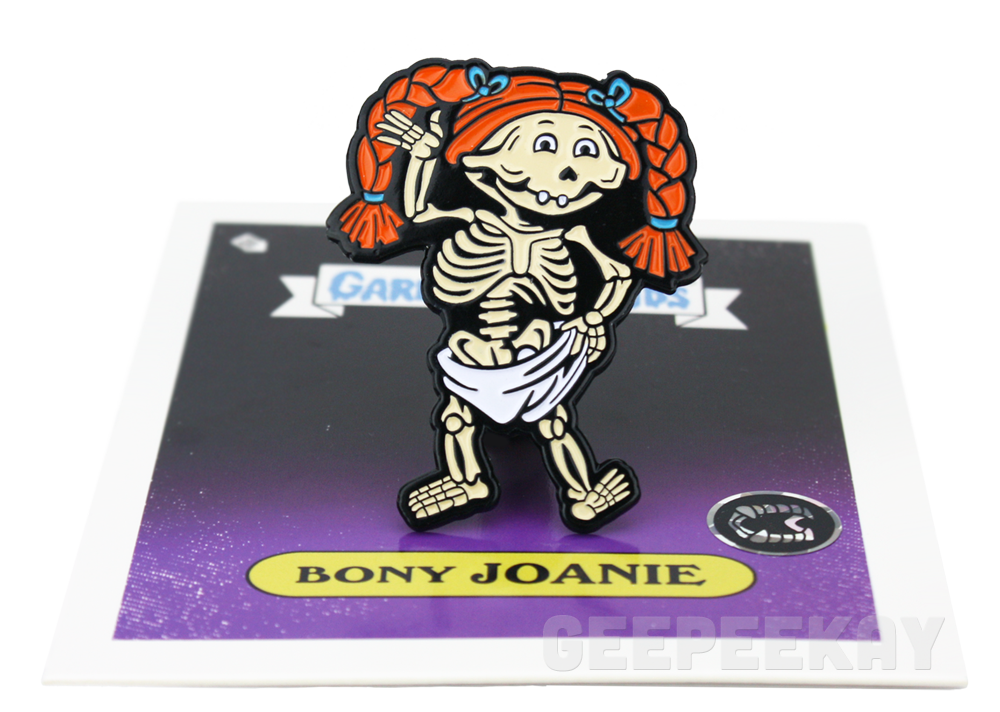 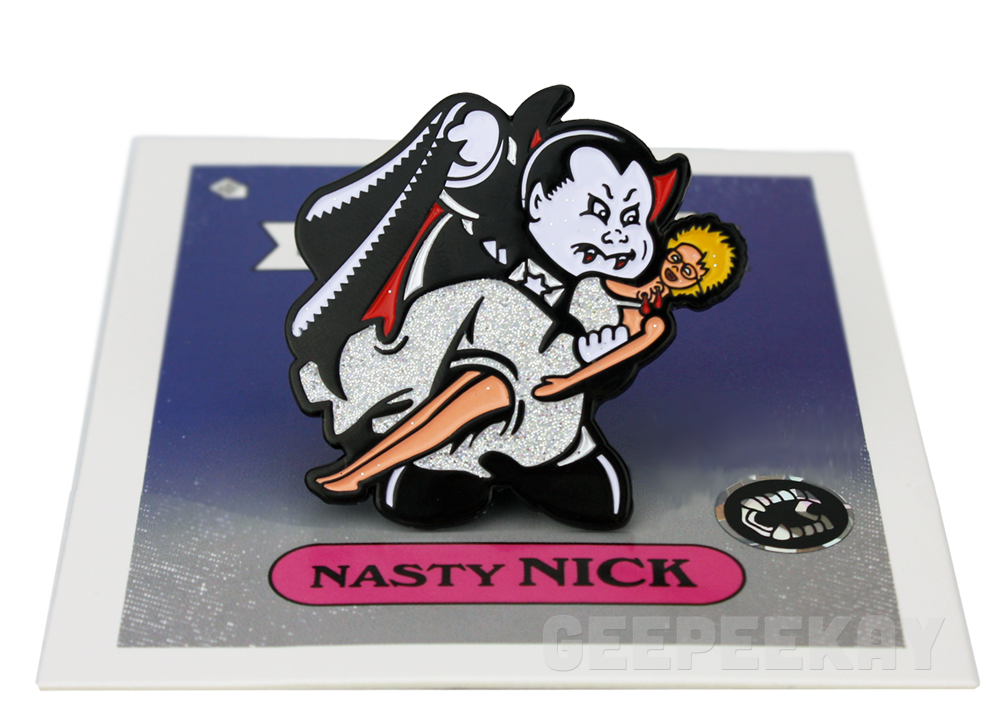 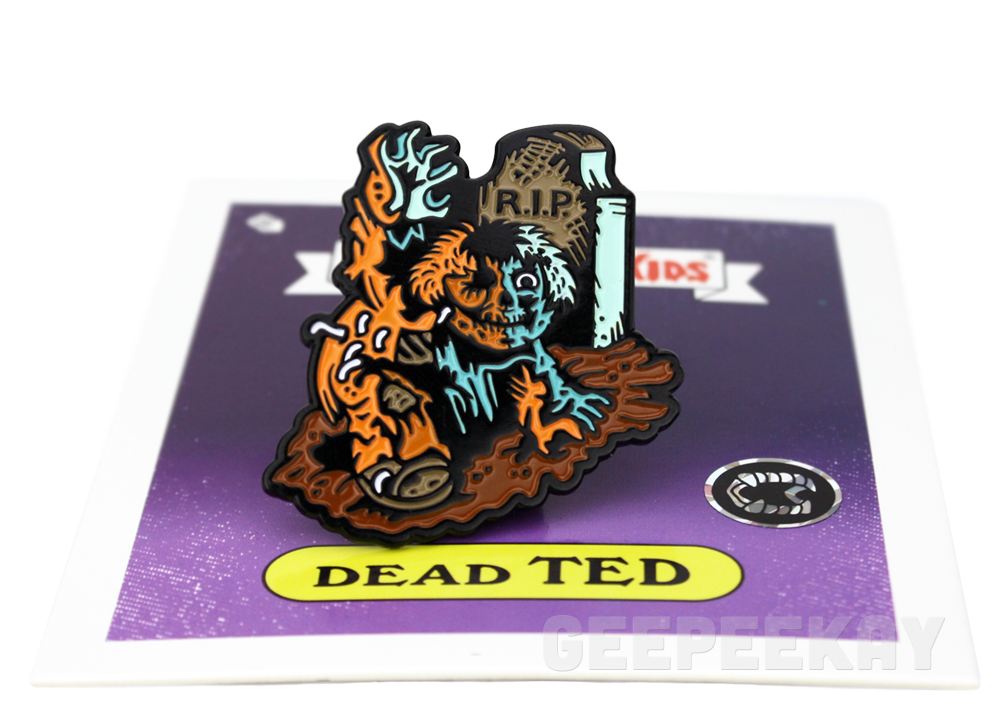 As mentioned above, in December, 2017 Creepy Co. released their second wave of enamel pins that featured some wonderful new GPK characters:

Below is a gallery of the second wave of character pins from Creepy Co.: 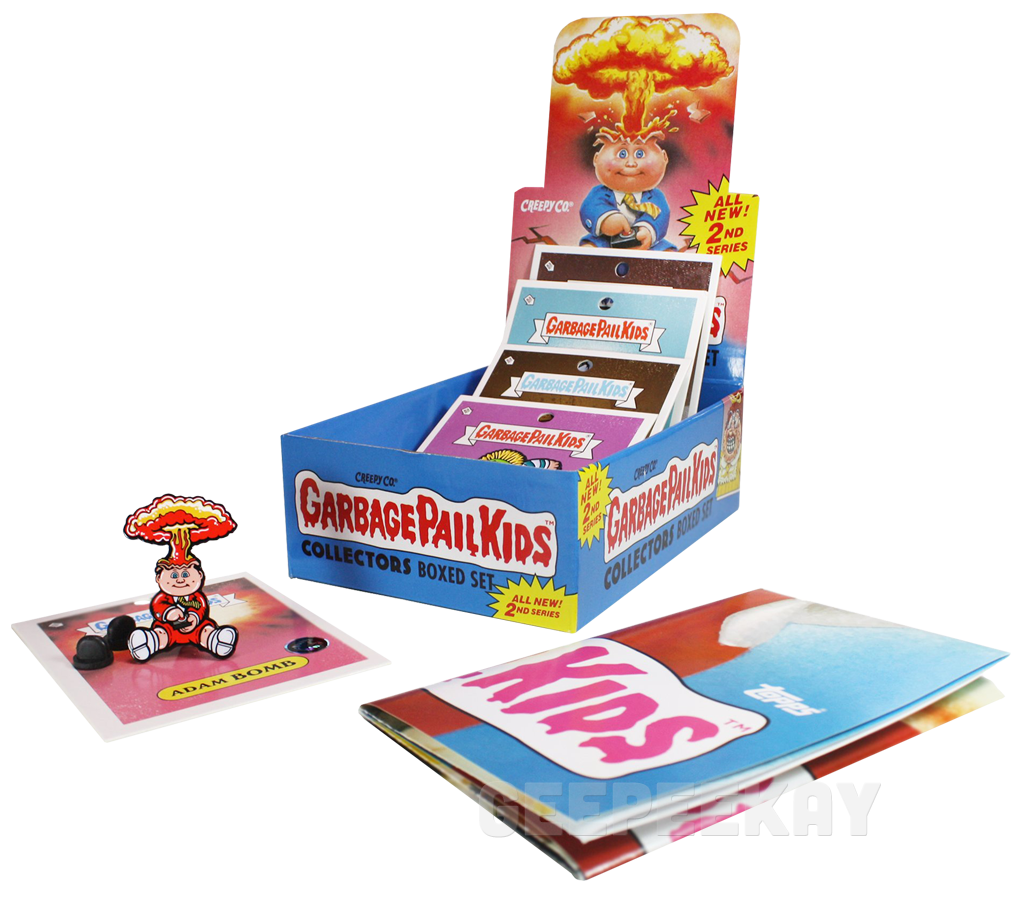 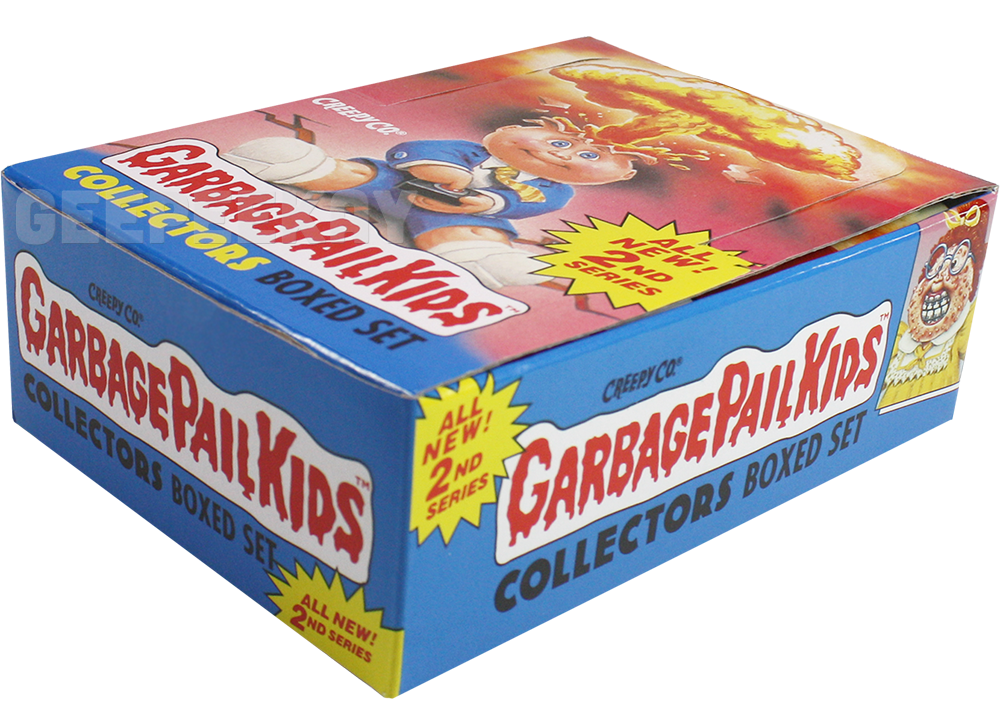 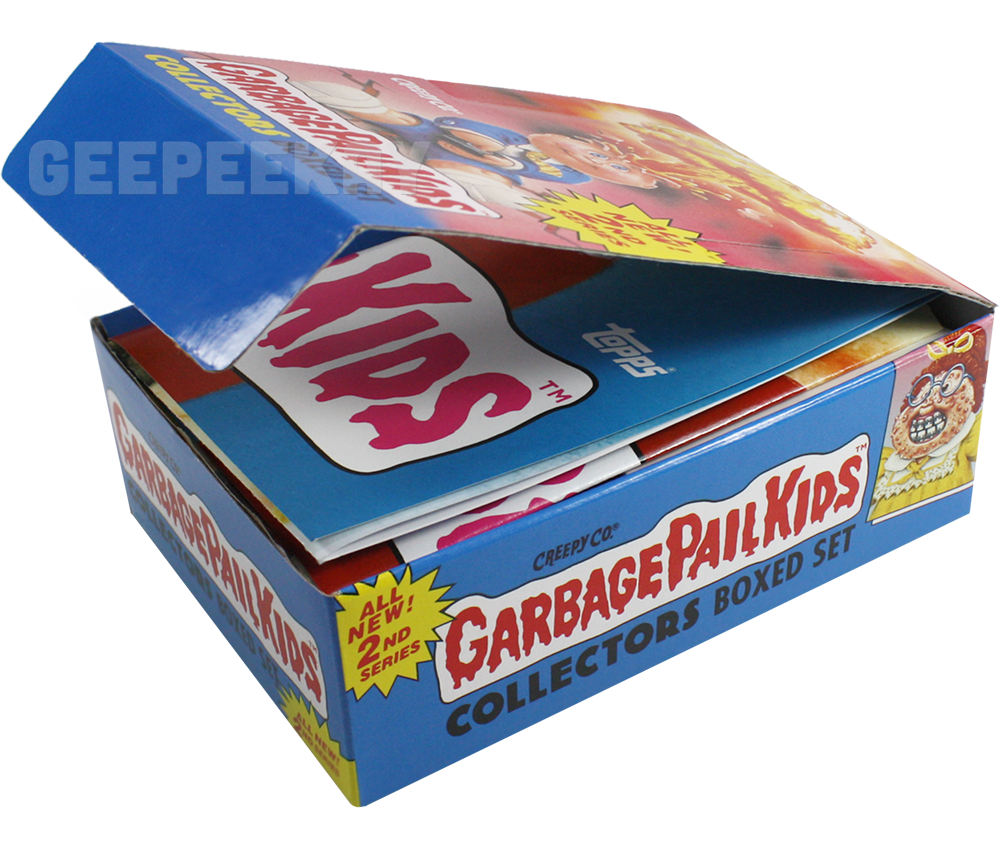 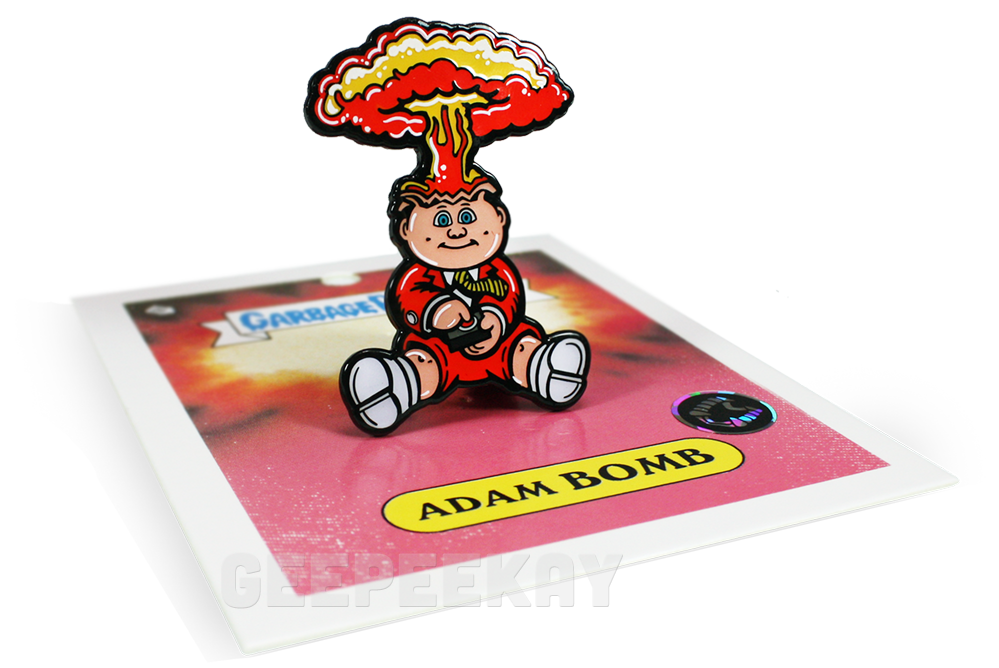 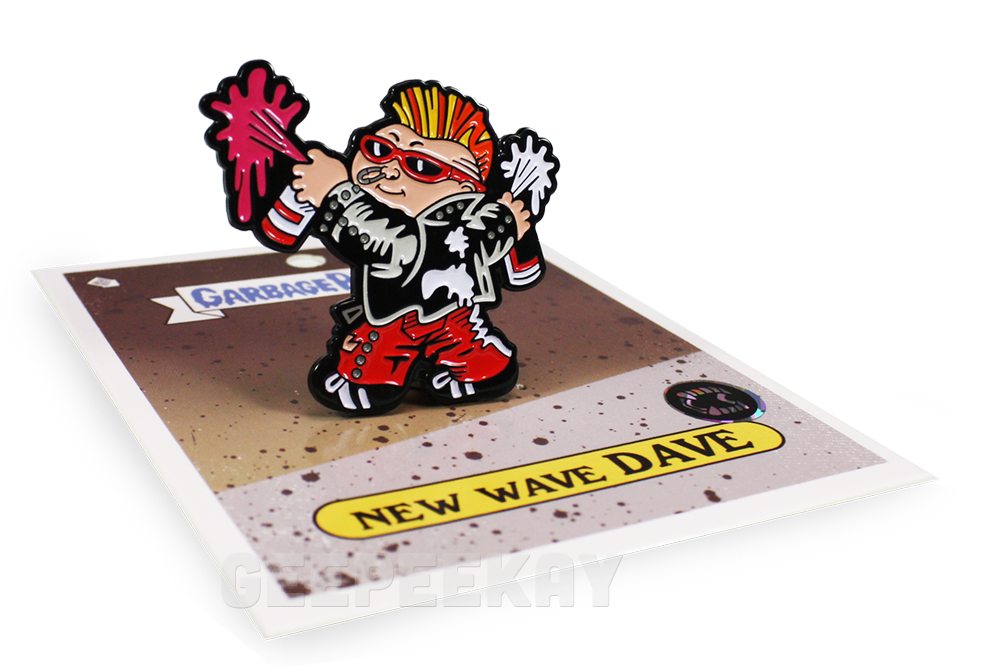 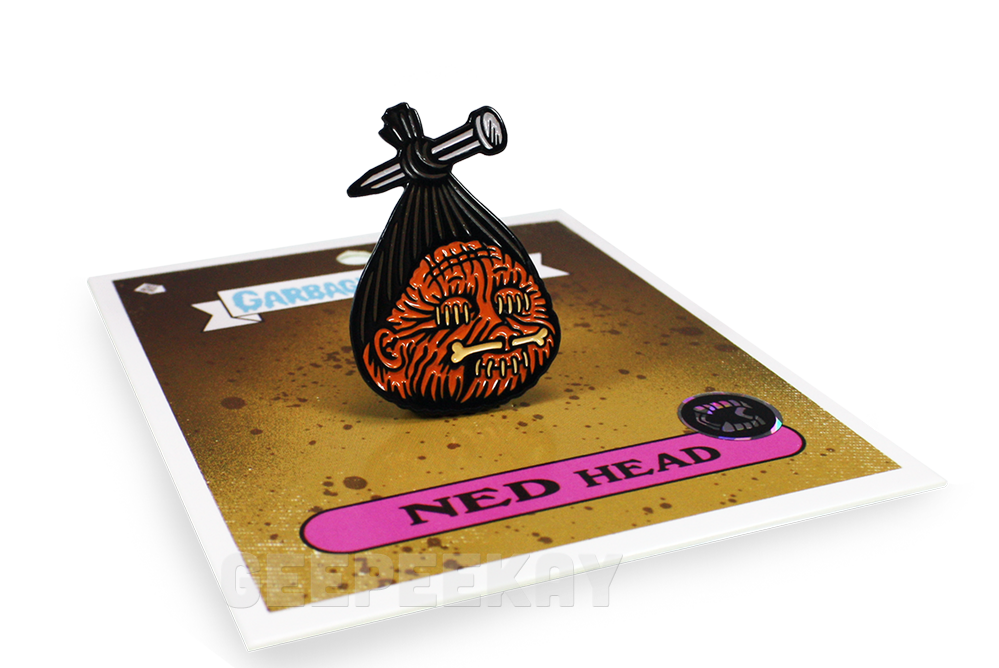 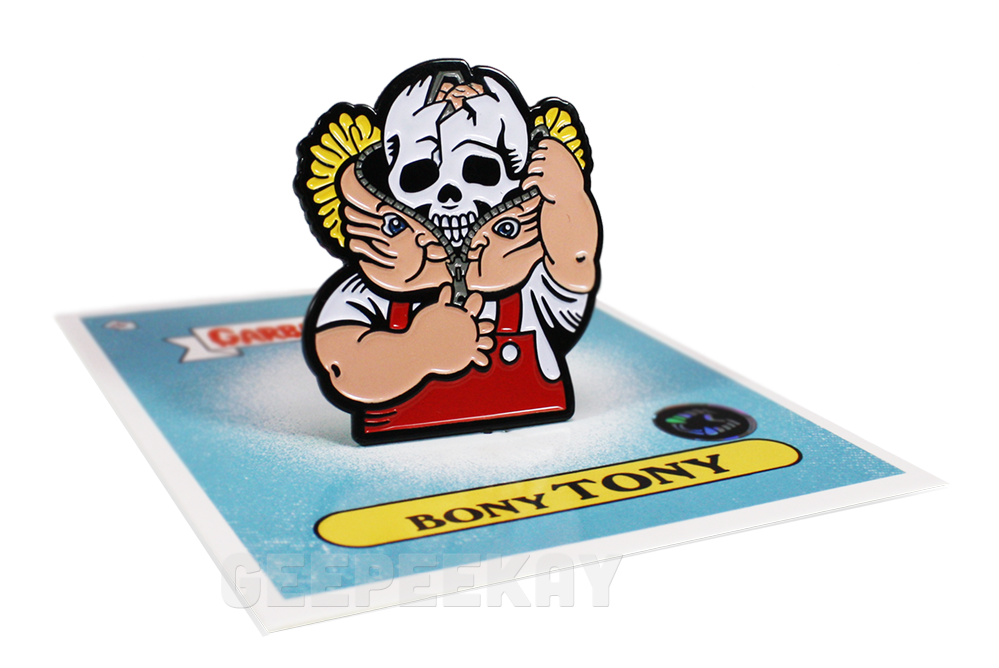 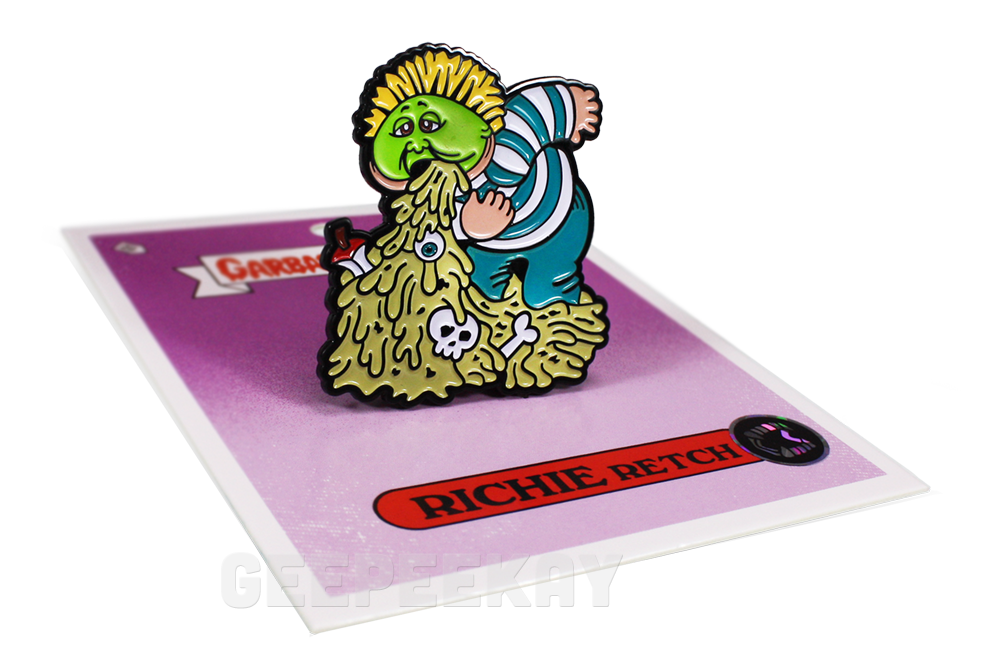 In October, 2017 the creeps at Creepy Co. dropped a nice little surprise for Garbage Pail Kids collectors: a JACK O. Lantern enamel pin. This pin matched the design of their popular Series 1 pins (above), and featured the popular halloween-y Garbage Pail Kid on their trademark 2.5" deluxe backing card 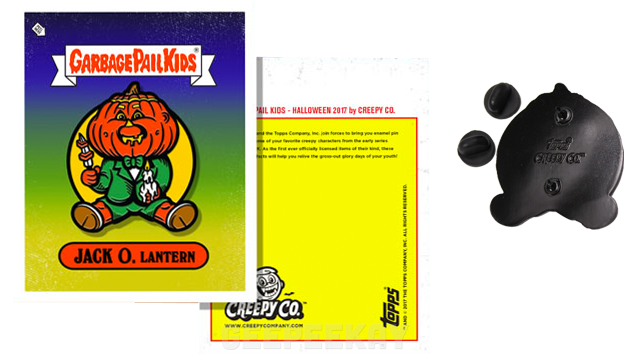 In September, 2017 Creepy Co. released a couple of fun 'non-pin' items for collectors to purchase. These items (particularly the Puffy Stick-Ons) sent the message that Creepy Co. wanted to connect with fans from the 80s with some fun and unique products. Here are some pics and info for these two items: 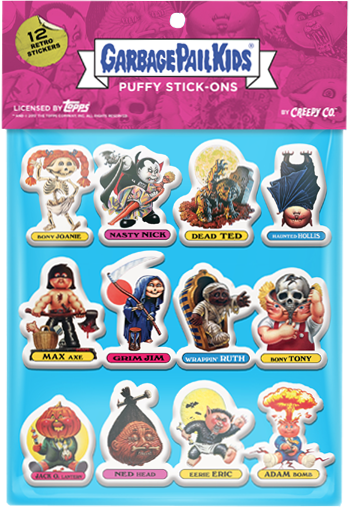 Seeing just how crazy people went for their Imperial Toy-themed stickers (above), Creepy Co. took another shot at 80s nostalgia with their Garbage Pail Kids Zipper Pulls! Part of the December, 2017 release these blind-bag zipper pulls featured an acrylic-encased printed card with a lobster-claw mechanism for easy attachment to zippers, keyrings, and more.

The 4" x 3" foil-packaging was a first for Creepy Co., and it was fantastic! The front featured Adam Bomb in his classic red-suit, and the back featured images of the possible 12 2.25" pulls that could be inside. Below are pictures of the packaging and complete character lineup: 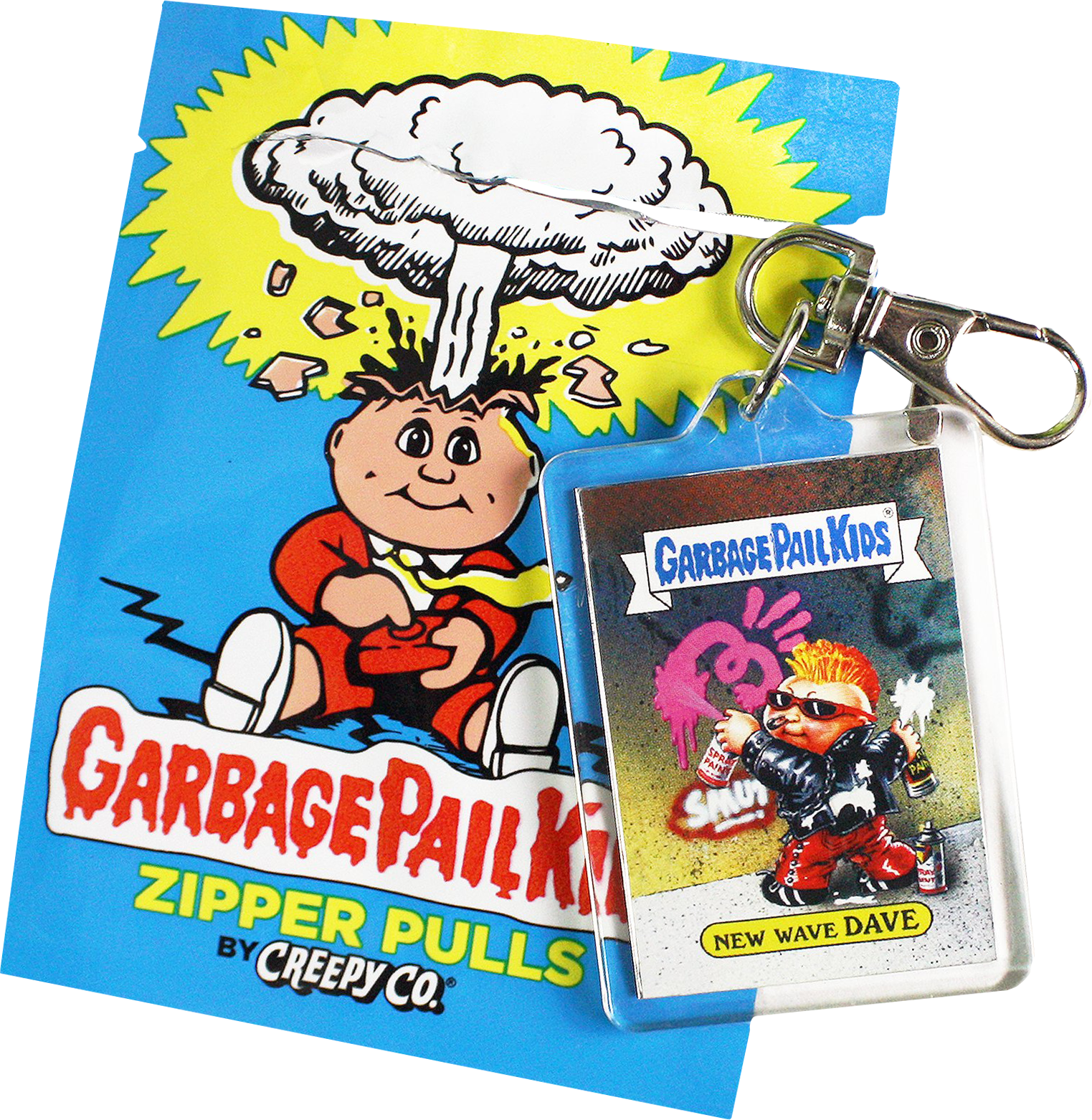 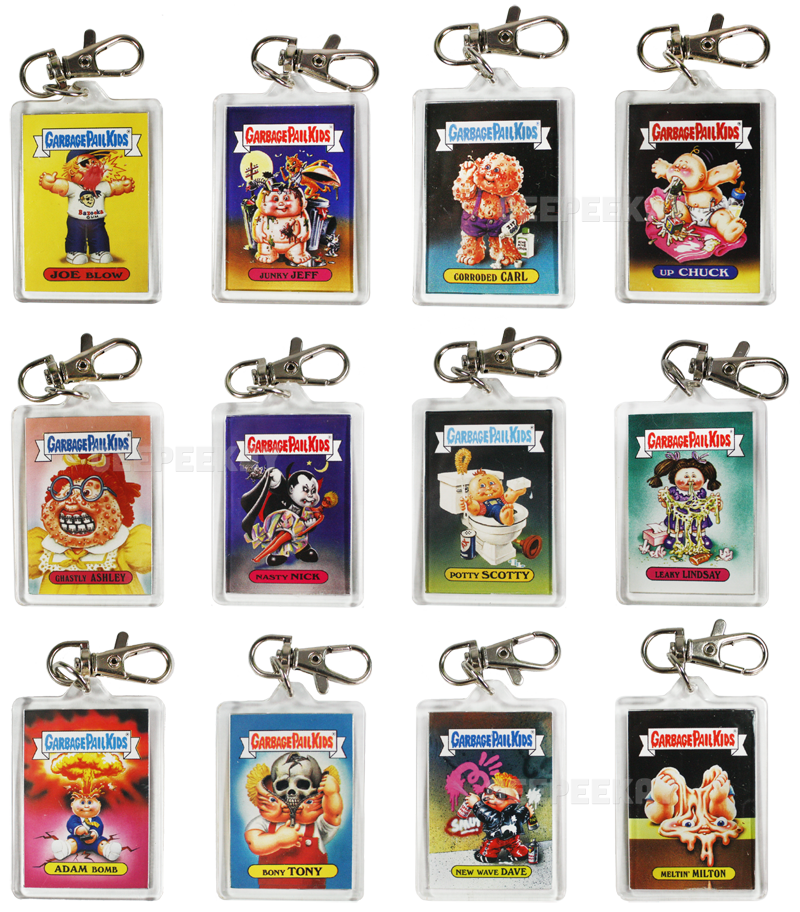 Of course no GPK-themed collection would be complete without some kickass clothing, so thankfully Creepy Co. has you covered. From socks, to jackets, to blankets(!?) and more...here's a quick rundown of what has been released to date: 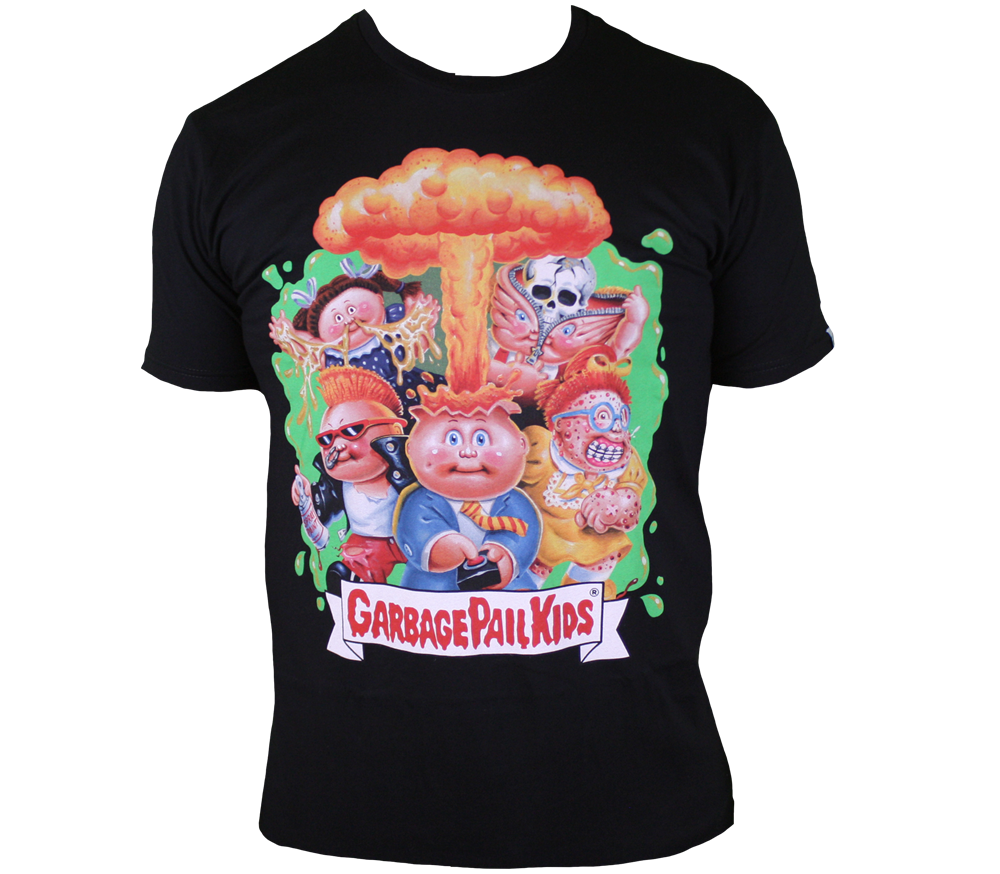 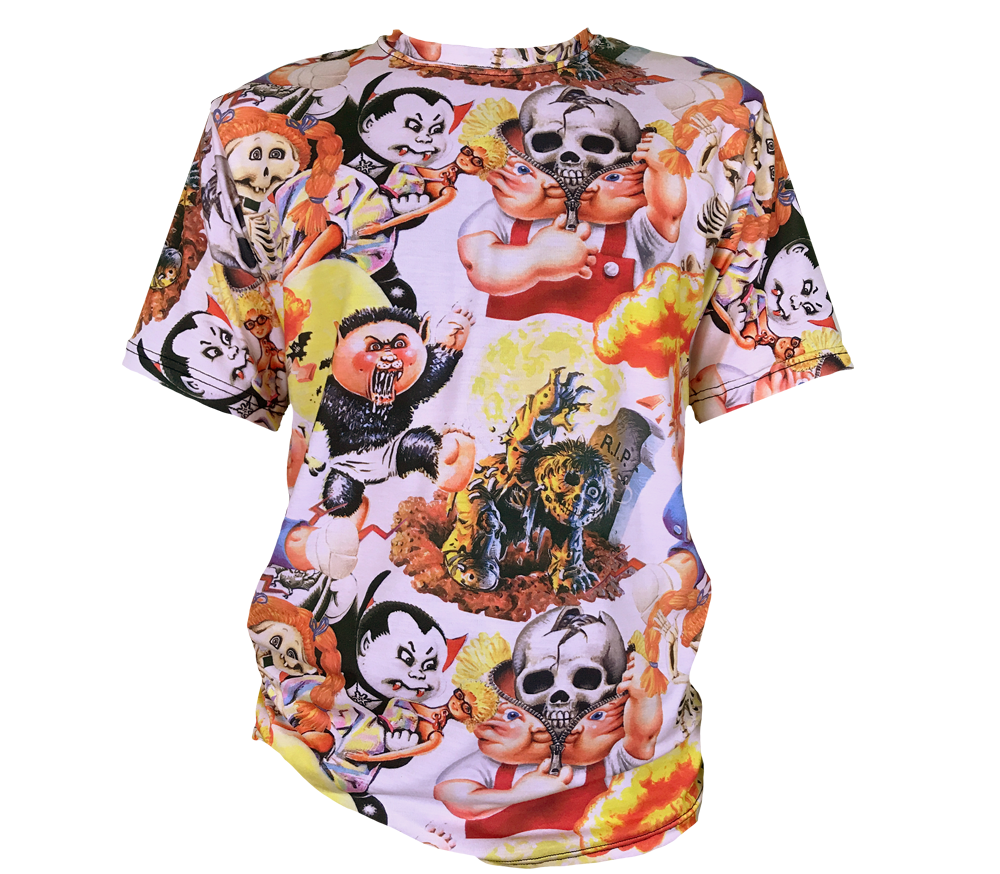 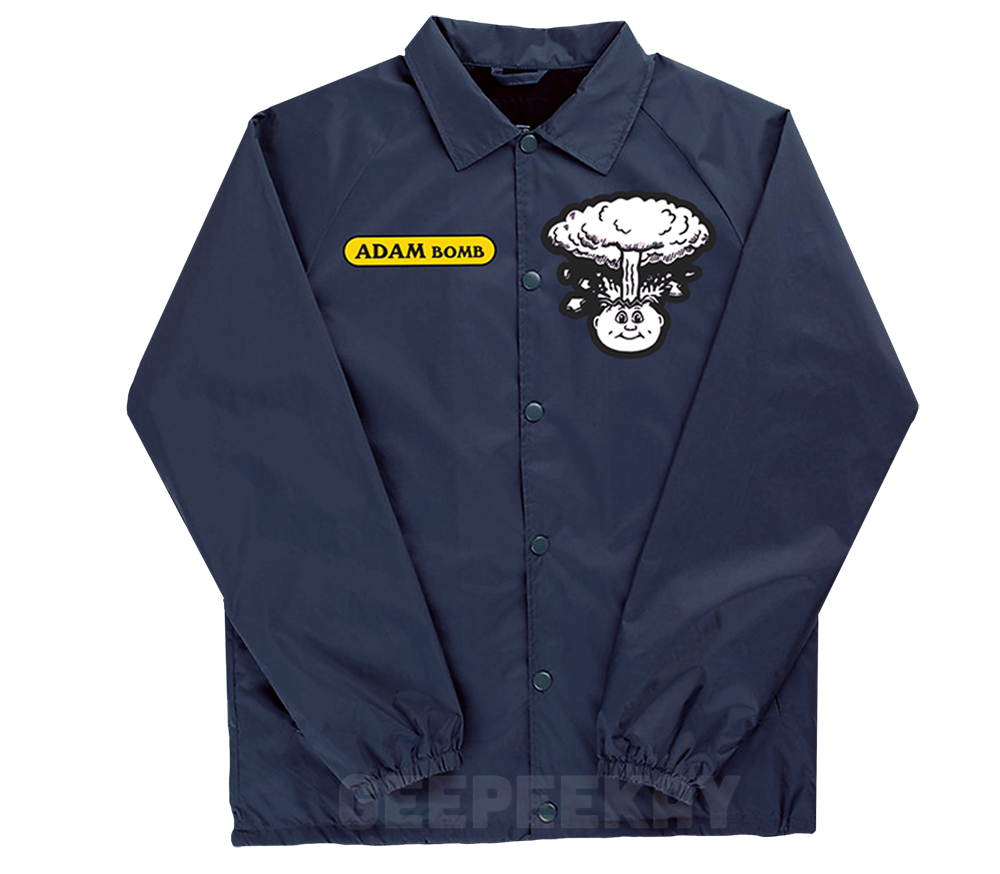 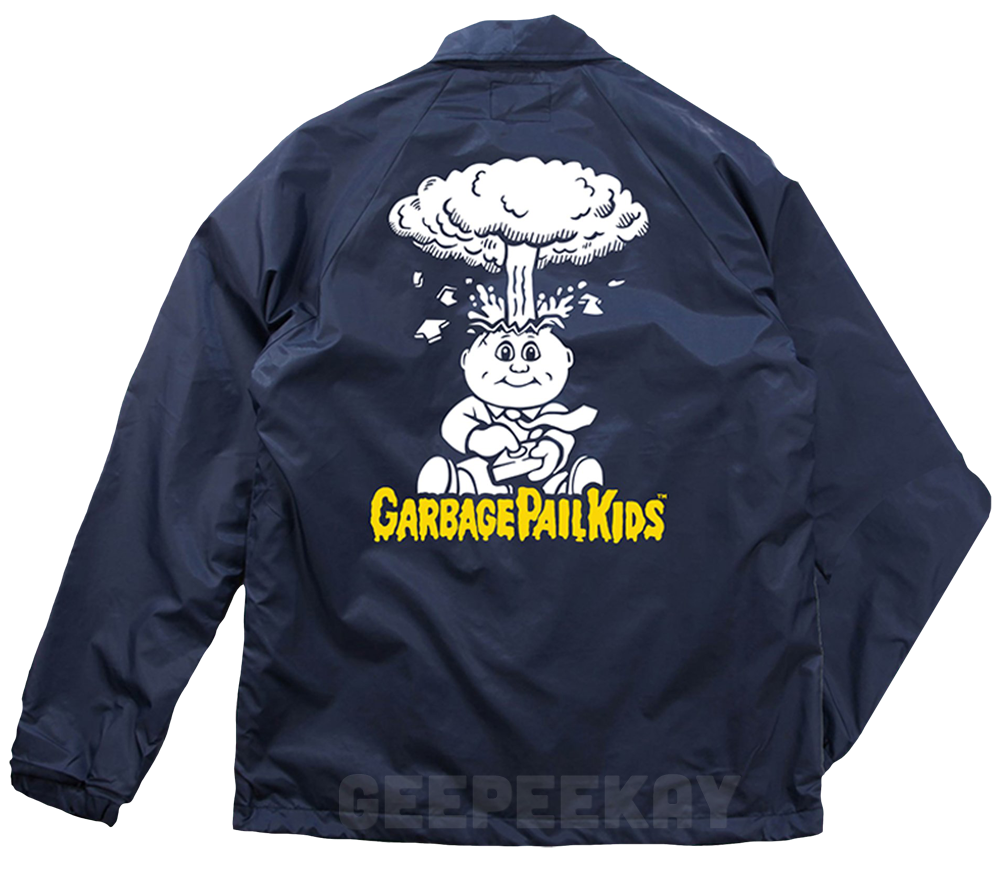 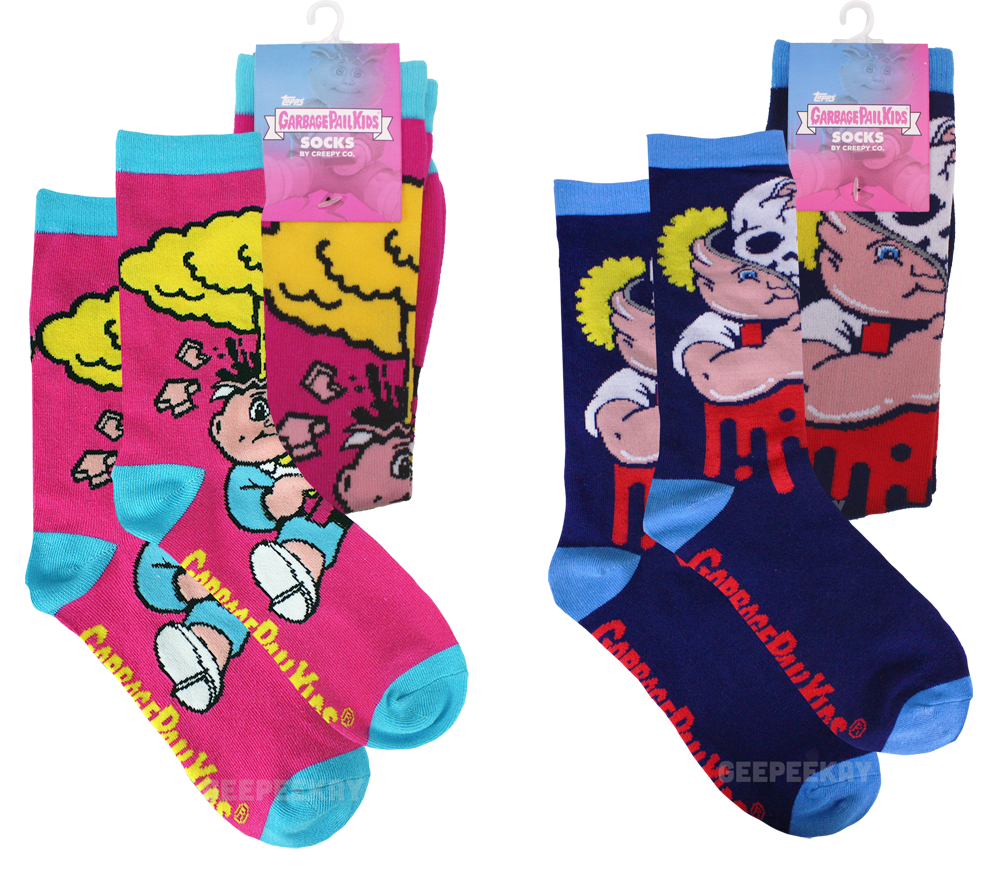 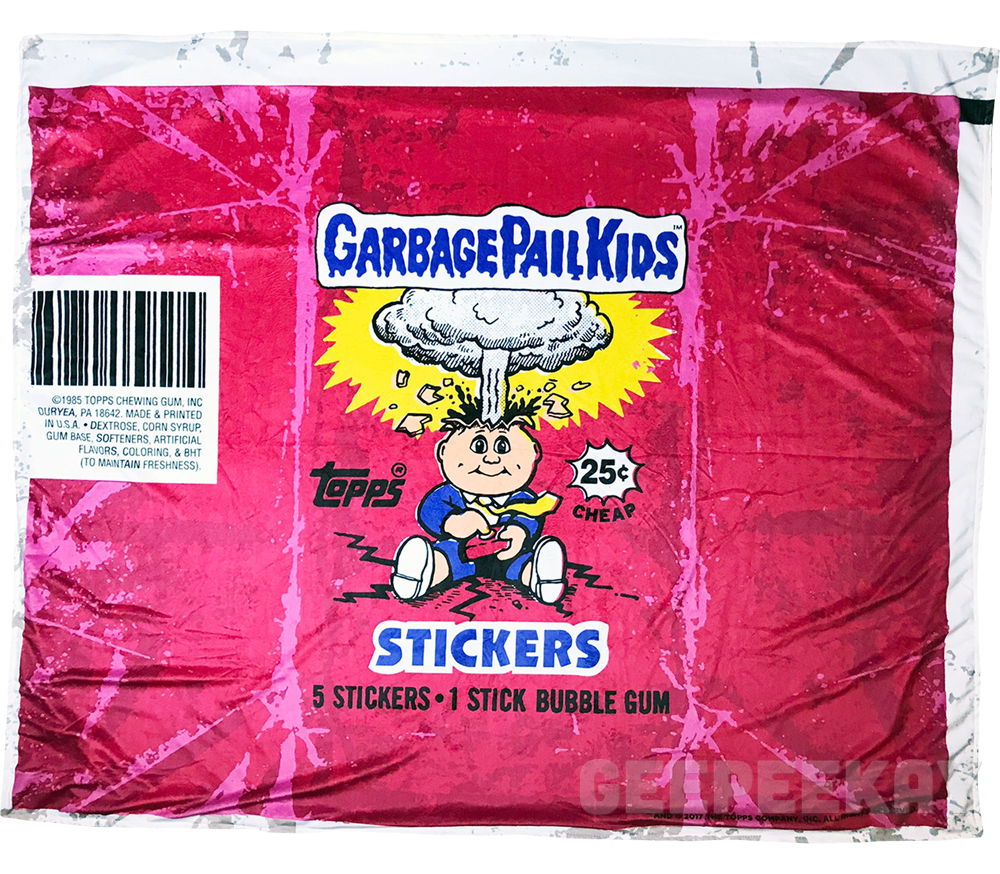 There are certain people or companies that are an absolute joy to cyber-stalk all over the Internet, and Creepy Co. is DEFINITELY one of those companies. Fun pics and GIFs, product announcements, and more...use the links below to follow along:

I am a card-carrying CREEP CLUB member, so I know what I'm talking about. No home is complete without somethin' creepy...so use the link below to pick up something...or 20 somethings ;)

Perhaps it's because they're a small company...or perhaps it's their relentless drive to nail every little detail...or perhaps it's their unabashed love for the classic Garbage Pail Kids...but whatever the reason, the results are amazing. Creepy Co. is passionate about what they do, and it definitely shows in their products! Here's hoping they keep releasing GPK-themed merchandise for a loooooong time!