When it comes to Garbage Pail Kids, who knows them better than the collectors themselves - right? So when those collectors get together and create their own FAN SETS it shouldn't come as a surprise to anyone that they are fantastic!!

These Fan Sets were conceived, manufactured, and distributed BY FANS FOR FANS. This page provides some pictures and details about each release. If you are interested in purchasing any sets - unfortunately that time has passed - as Topps put a halt to these back in May 2016. Still, they were great while they lasted...and anyone who has them in their collection should consider themselves extremely lucky!

In 2010/2011 several members from the Garbage Pail Kids Underground made a Persian Farsi Garbage Pail Kids Fan Set. The set consisted of 81 cards; 80 base cards and 1 bonus card. The set is numbered 1-80 and the bonus card is numbered B1. The cards measure 2 1/2" x 3 1/2". A total of 47 sets were printed. The sets were primarily sold to other GPKUG members. Purchase of the GPK Farsi set was limited to 1 per person. The phonetic pronunciation of 'Garbage Pail Kids' in Farsi is 'Koodakaneh Ashghaldan'. There were 10 P1 promo cards printed to test color, resolution, stock, etc. All GPKUG FS1 sets were sold out in 2011. 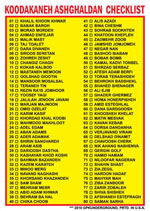 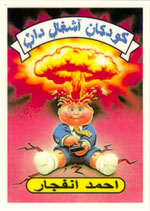 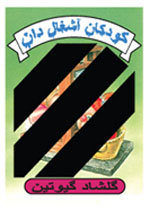 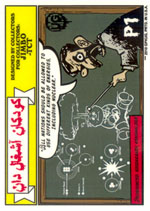 In 2011 FSII was released. The set consisted of 43 cards, 42 base cards, and 1 promo card. The set is numbered 1a - 42a with no 'b' cards. The promo card is numbered P1. The cards measure 3" x 2 1/8", the same size as the smaller UK/European Garbage Pail Kids Cards. A total of 50 sets were printed. The sets were primarily sold to other GPKUG members. The phonetic pronunciation of 'Garbage Pail Kids' in Dutch is 'Vuilnisbak Kinderen'. All GPKUG FSII sets were sold out in 2011.

In 2012, as a follow-up the hugely successful GPKUG Garbage Pail Kids Persian Farsi and Dutch Fan Sets, the GPKUG Fan Set III - a Hindi version was released. The Hindi Garbage Pail Kids Fan Set III (pronounced 'Kacara Balti Se Bacce') consisted of 20 cards. The card fronts have bright green borders and the backs contain original artwork by GPKUG members. Card #20 contains a checklist. There were also two promo cards made for the Hindi GPK Fan set. The back of one promo card was printed upside down so a corrected promo card was also printed. A total of 200 sets were printed and sold for $35. 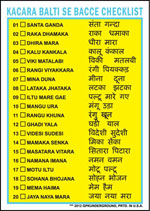 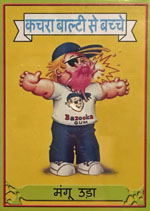 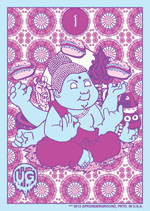 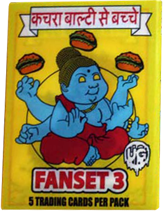 In 2014 fans got a brand new set as the UG released Fan Set 4... a North Korean set called 'Apoon Goon' inspired by the Japanese Bukimi Kun cards. A total of 200 complete sets were produced and sold for $35 on a first-come-first-served basis. Each set included a 40 card base set, 4 wrapper stickers, a 5x7 postcard, and a P1 promo card (while supplies lasted). The first 100 sets sold also came with an exclusive hand-numbered B1 Bonus Card. The 'wrapper stickers' featured artwork that was intended to be used on a wrapper, but this had to be scrapped and the decision was made to create oversized stickers instead. 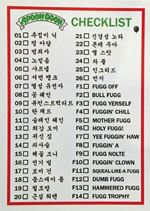 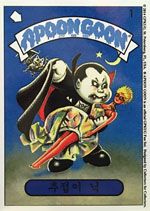 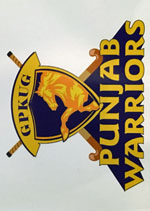 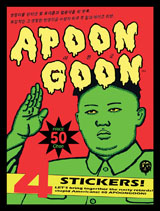 2015 brought with it FSV - a Space Themed set featuring a collection of Garbage Pail Kids characters that are out of this world! Similar to previous sets, 200 sets were produced and sold for $50 on a first-come-first-served basis. Each set consisted of 6 packs (5 cards + 1 stick of gum per pack), B1 Bonus card, FSV Promo Card (while supplies last), Artist Autograph Card (first 100 sets). The artist autograph cards were hand signed and numbered 1-100 by Ryan Moffett, the artist who painted the image on the FSV wrapper. 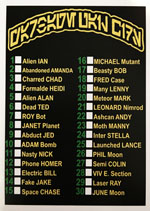 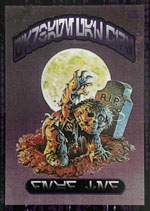 Released in April 2016, Fan Set 6 was a Chinese themed set and featured all 42 Original Series 2 characters with Chinese names and a Chinese banner. In an effort to bring back a little more of the rarity found in previous sets, FS6 saw a limited print run of 125 sets. The sets sold for $42ea and were shipped in a snap-case. Each set consisted of 42 cards and a hand numbered insert card (#/125). 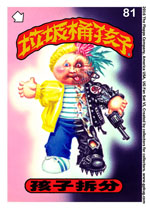 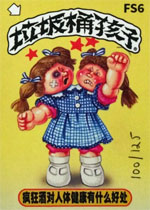 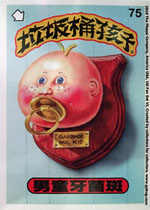 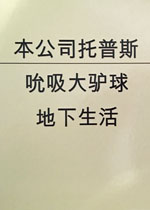