After seeing the success of the Garbage Pail Kids book (link), Topps and Abrams decided to re-team and release a calendar featuring some of the most popular artwork from the Original Series 1-7 Garbage Pail Kids.

This calendar spans 16 months from September 2013 to December 2014 and includes holidays AND GPK-artists birthdays. Also included are four never-released bonus stickers…only available with this calendar...and displayed in a gallery below.

The calendar itself is nearly an exact replica of the book - and only features slight variations in the cover image. The back of the calendar features some sample images of the interior pages, as well as a brief write-up about Garbage Pail Kids. 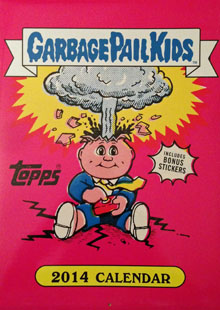 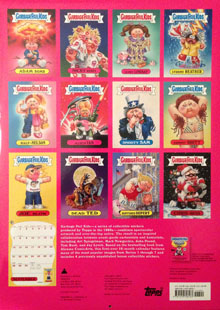 The pages of the calendar follow a standard layout: one large character shot covers the top page of the calendar, and the bottom page looks as if the sticker has been removed to reveal the days of the month. The exception to this is the first page which contains September through December 2013 on the bottom and some random sticker backs on the top (which is a bit cheap considering this is advertised as a 16 month calendar. It would have been nice to get 16 different charcters)

As mentioned before, this calendar includes a set of four previously-unreleased, "Limited Edition", bonus stickers. 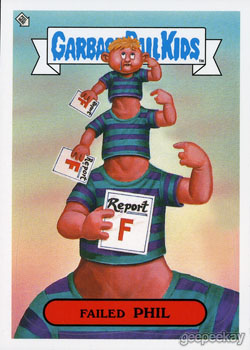 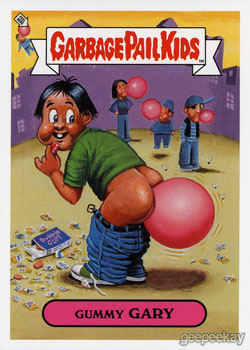 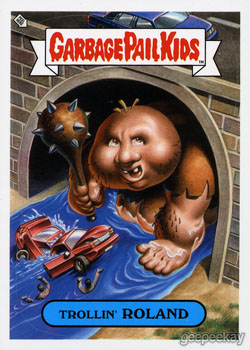 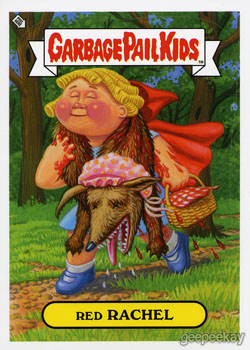 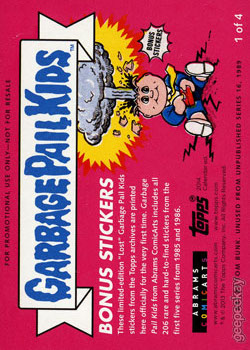 Here are some additional details on the bonus stickers: