After seeing the success of previous books (Wacky Packages, etc), Topps decided to release a book highlighting the Original Series Garbage Pail Kids. This 224 page book contains an Introduction by Art Spiegelman, an afterword by John Pound, and the images of the first five series (the 'a' stickers only).

Also included are four never-released bonus stickers…only available in this book...and displayed in a gallery below.

The book is available in hardback format only, and comes with a fantastic 'OS1-colored' dust jacket. Going beyond just the color, the dust jacket is made out of a waxy paper that really makes it feel like one of the original wax packs. 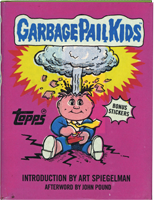 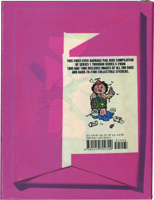 Removing the dust-jacket reveals a bright green material, and the hard cover itself features images of the iconic stick of gum that accompanied each pack of stickers. 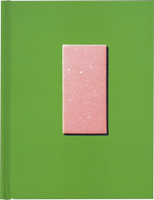 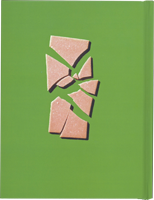 The inside covers of the book feature both card backs, as well as images of a tattered up display box (see the bonus stickers in the image below?). After the Table of Contents ('Checklist-style') is a multi-page introduction by Art Spigelman. 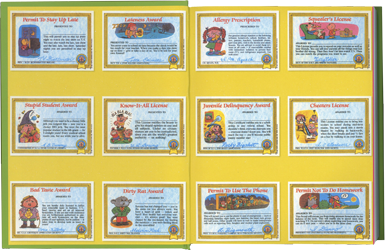 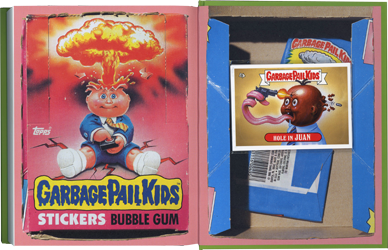 The meat of the book consists of hi-res images of the first five Original Series releases. Each series is broken up by an image of the original wrapper. Only the 'a' sticker is featured in the book, but the 'b' name is included at the bottom of the page. After the five series images there is a nice afterword written by John Pound. 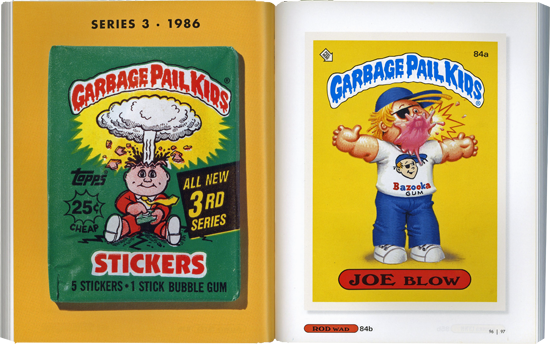 As mentioned before, this book includes a set of four previously-unreleased, "Limited Edition", bonus stickers. The stickers are sealed in a celophane pouch attached to the inside-back-cover of the book. The way they are packaged makes it look like they are inside the display box (see image above).

These stickers were originally intended for the Original Series releases, but were deemed 'too violent' at the time. 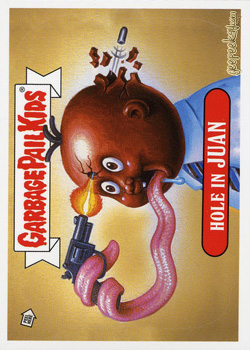 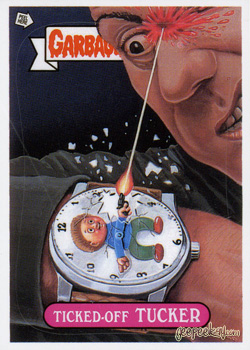 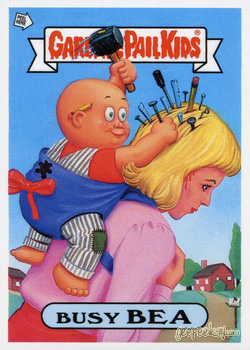 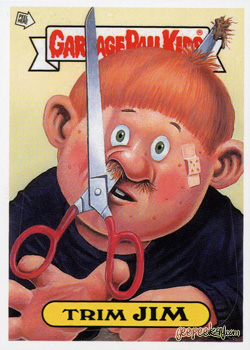 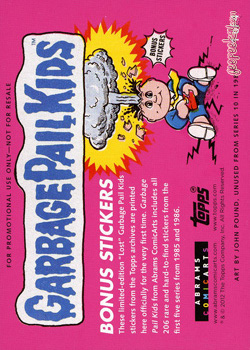